THE BREAST HOOK IS ADDED and the saw broke ! 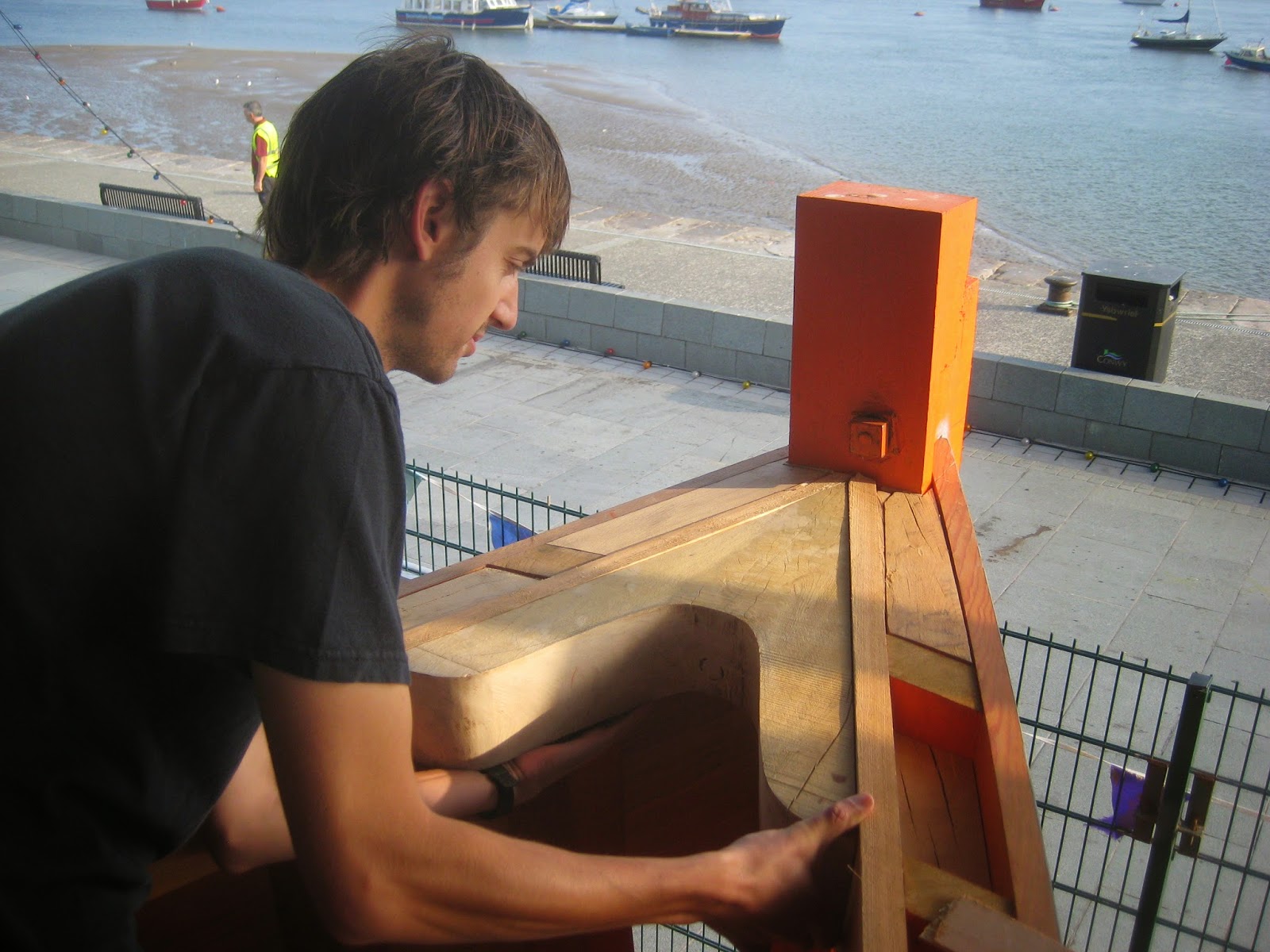 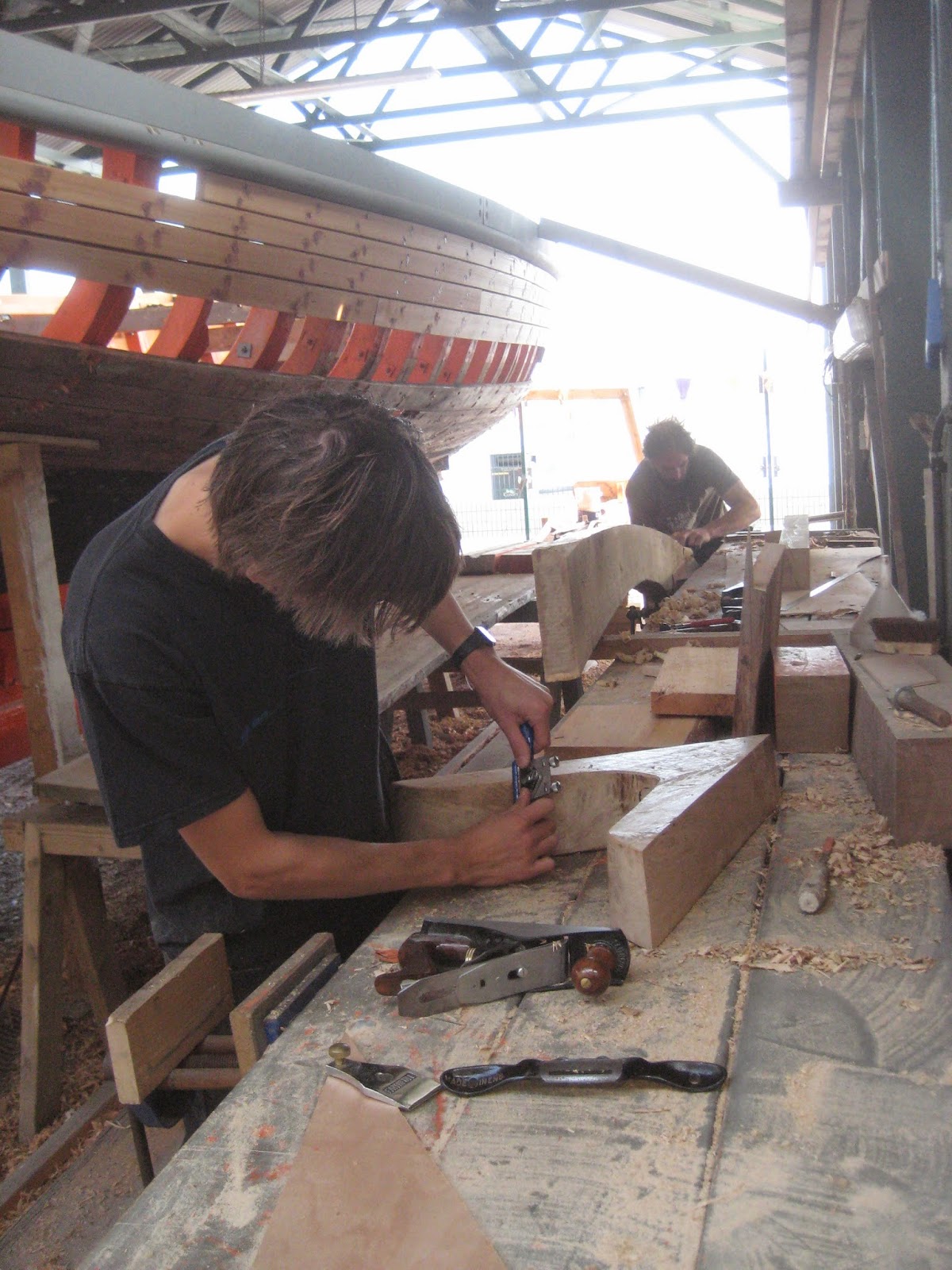 Dave ,the apprentice,made and fitted the breast hook at the bow (front ). This gives extra strength to the bow. We waited several weeks while Adrian the mill owner found a suitable fork in an oak tree and cut it into a usable slab .


Dave the shipwright began work on making the first beam shelf.This shelf forms the base for the deck beams to sit on .Having made a pattern in ply, he transferred the data to an oak slab and cut out the curve of the sheer clamp. The photos show the first fitting.Dave then tweeked the beam where necessary.Notice that he has not yet cut the inside of the beam and the bark is clearly visible. 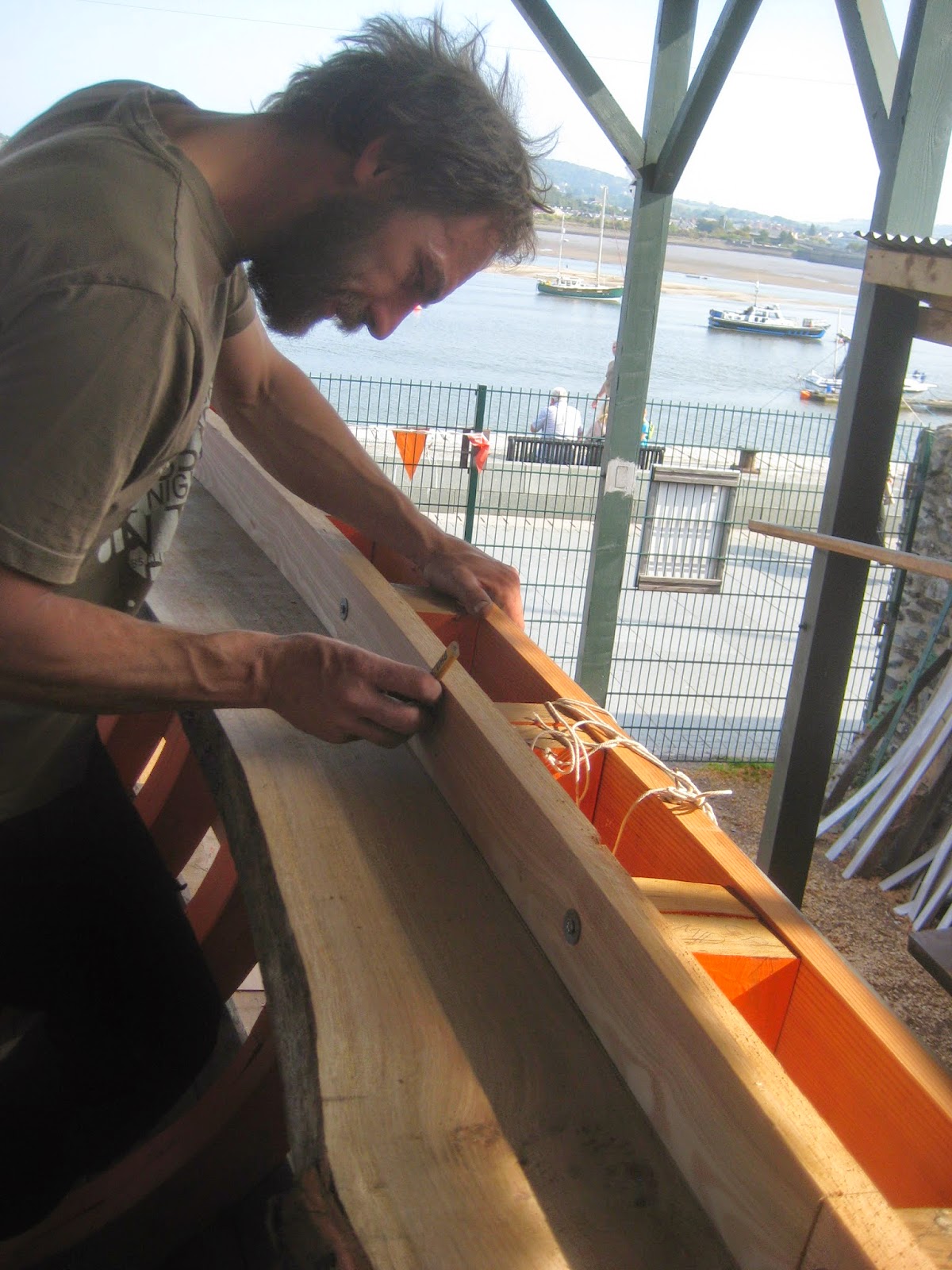 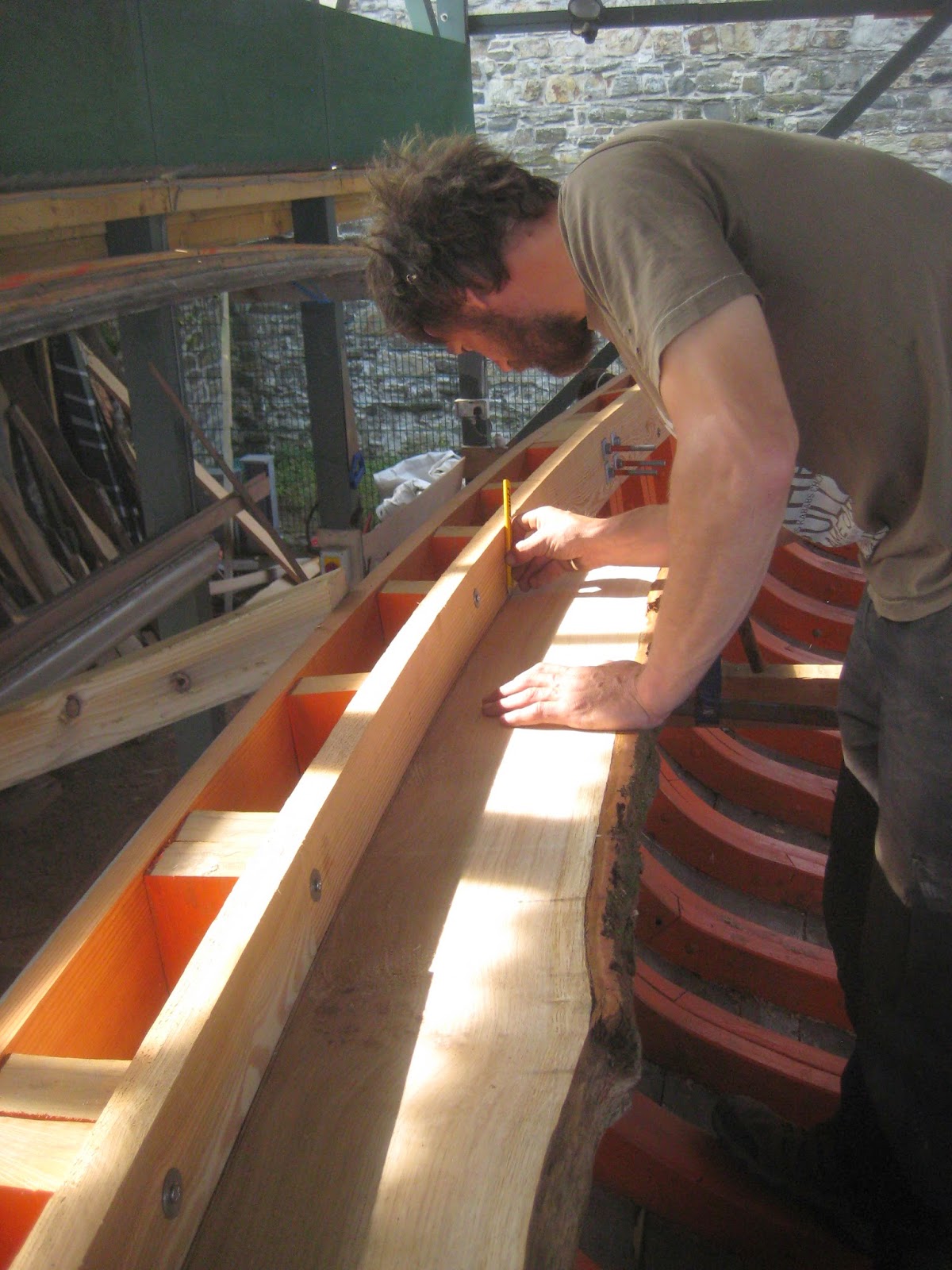 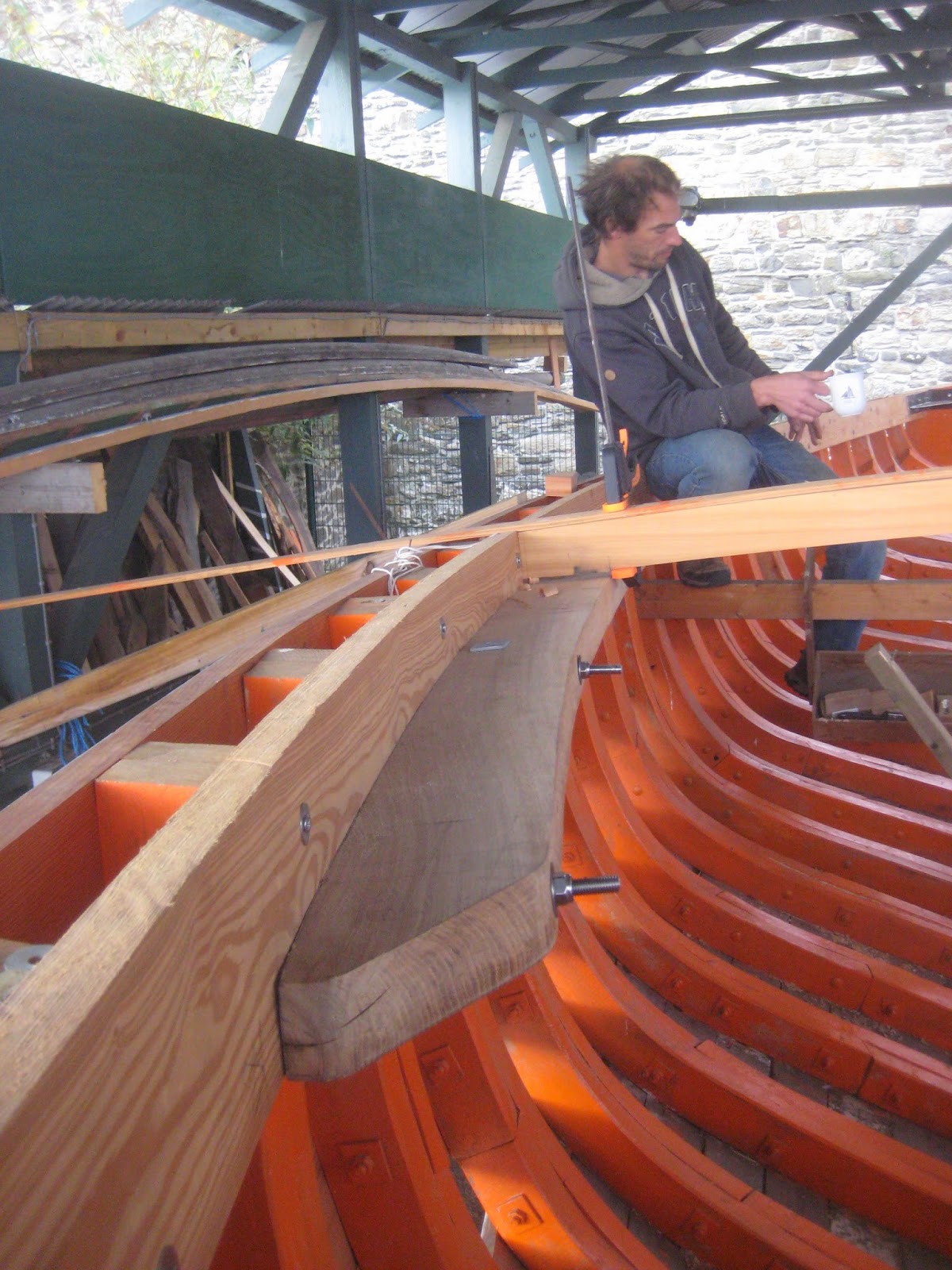 The photo on the left shows the first beam shelf bolted in place and the  deck beam pattern seated on it. 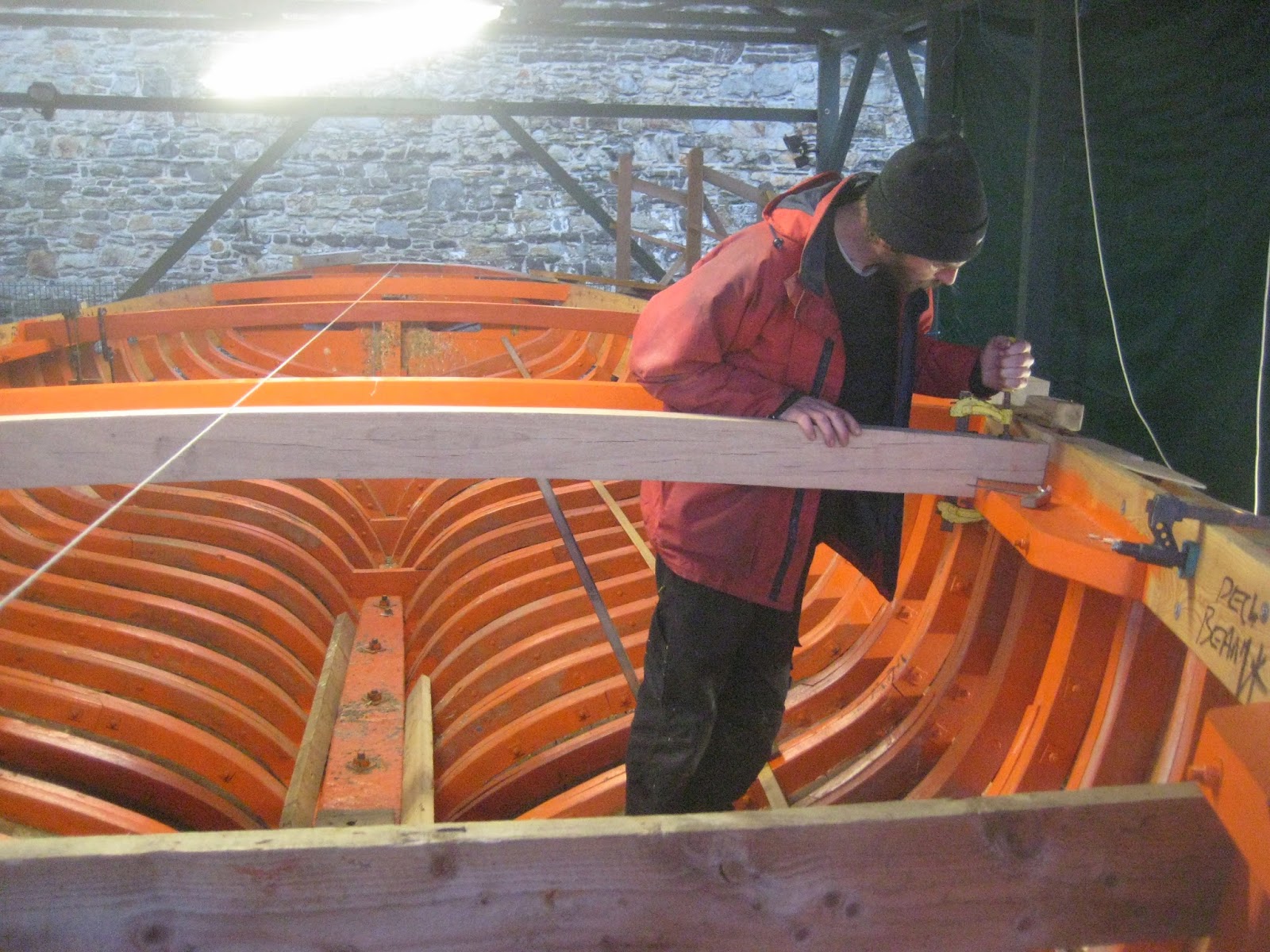 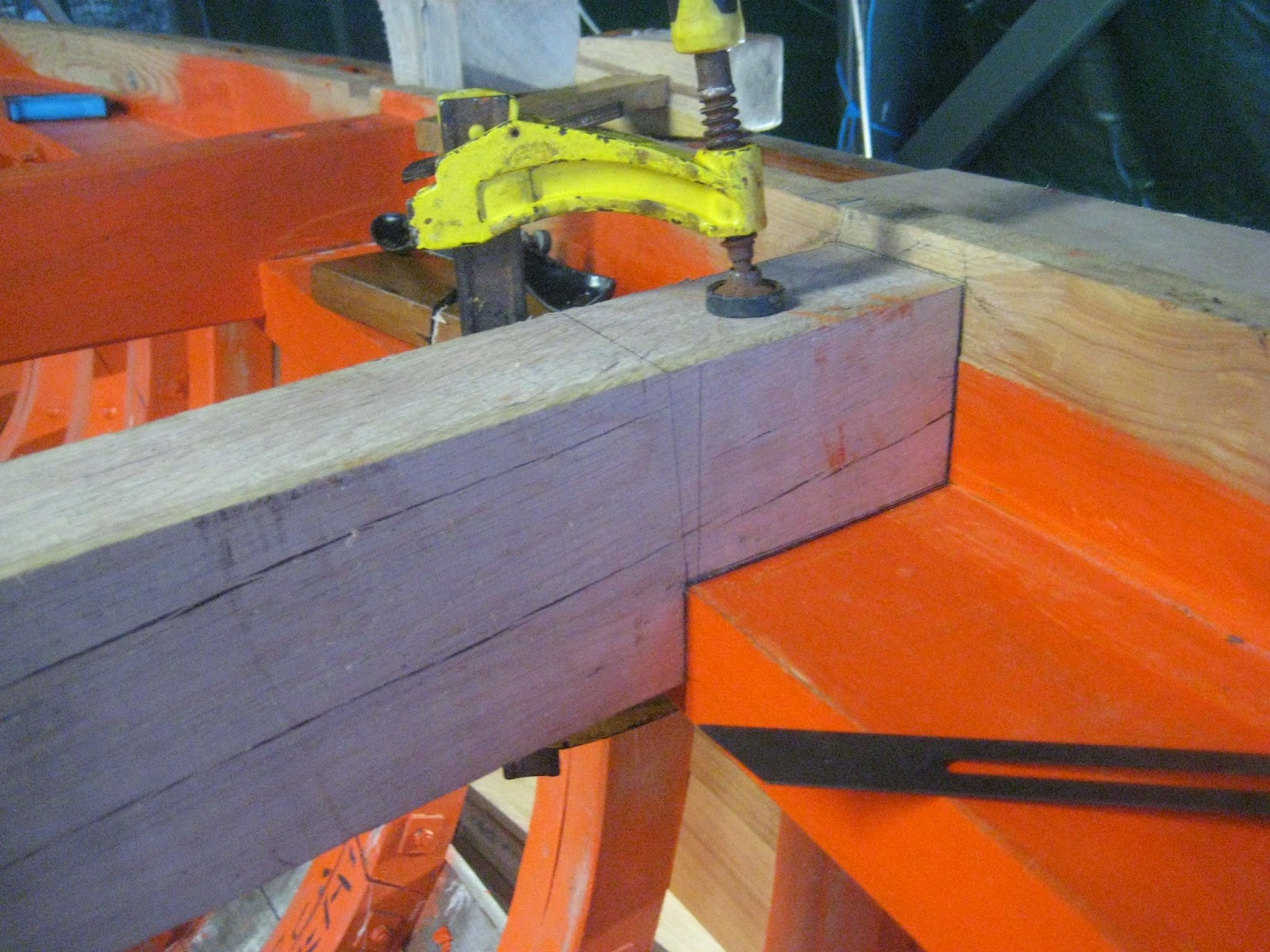 The second deck beam is now set in position 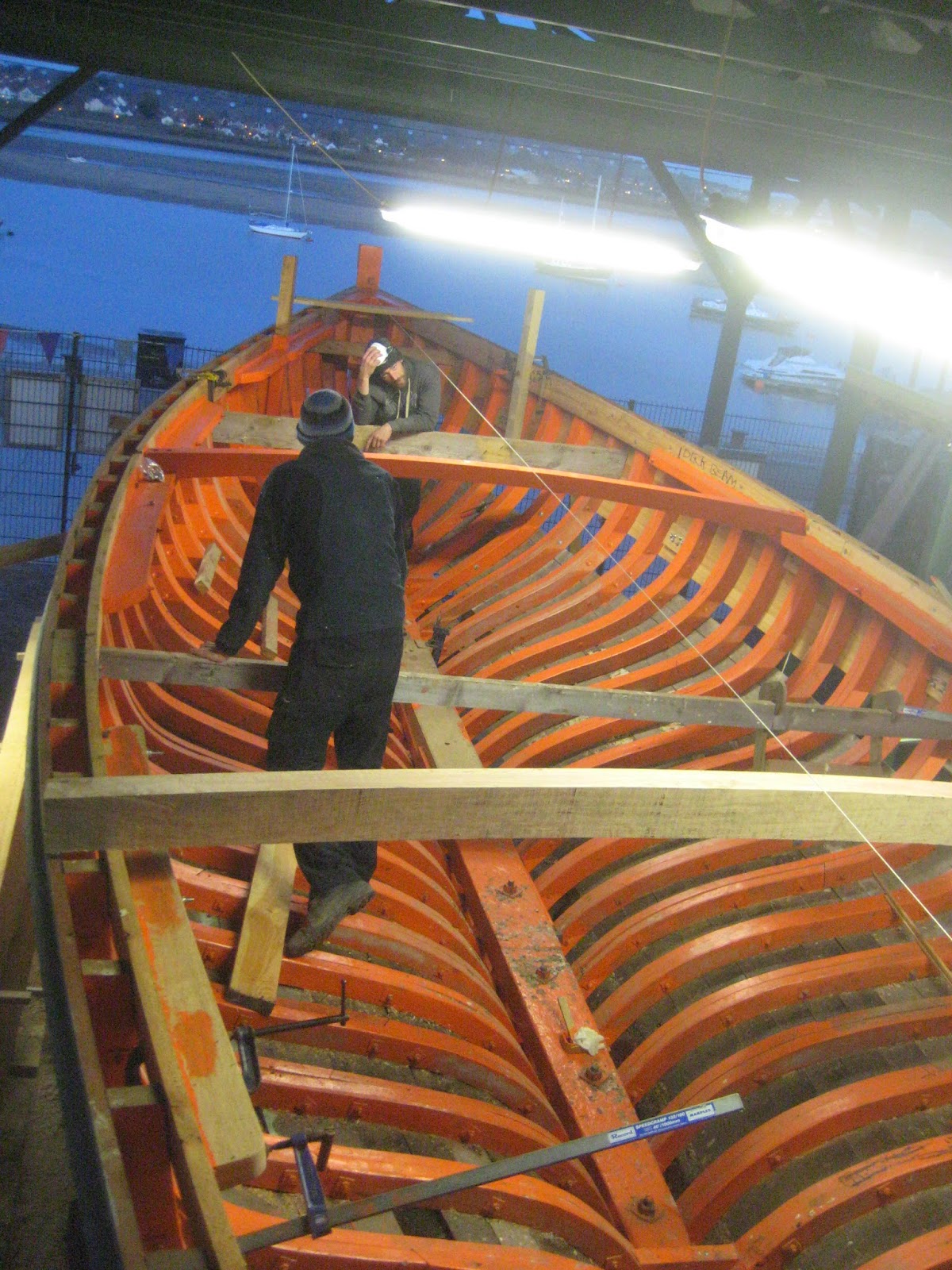 A SPECIAL DONATION
On Wednesday 12th of November , disaster struck as our electric circular hand saw finally broke down with that terrible smell of burning plastic! As we stood by the fence facing the quay,a  "Friend of Helen II "  , Pat N from near Conwy marina came to look at progress.She heard our debating as to the type of replacement saw we could afford.
Although an expensive replacement was desirable, we felt we would have to settle for a cheaper version even though the cutting tasks were demanding.
Pat N then walked away as discussions continued. About 10 minutes later she returned and passed an envelope through the fence to shipwright Dave and then she left........
When Dave opened the envelope a note simply said  "a donation towards your new saw."
We were all taken aback with the generous amount given. We all just want to say a big thank you to Pat and let her know that we were then able to buy an excellent new circular saw which is superb !!!!!
You made our day.......