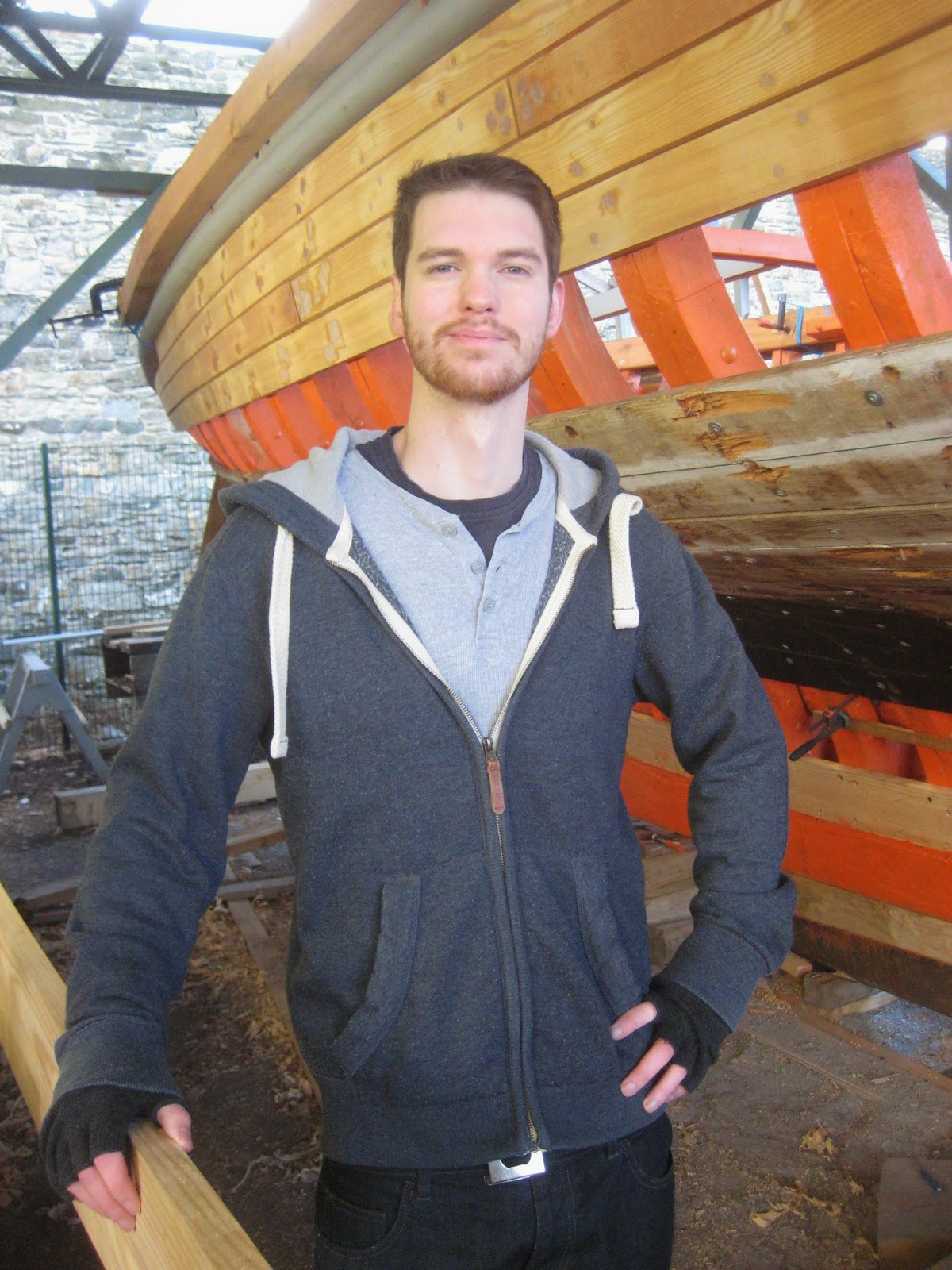 In January,the start of the new year ,saw the start of a new volunteer..
Duncan, who at present is involved in a Level 2 Marine Design course at Llandrillo College, came to gain and implement  marine skills.
He is working with shipwright Dave on Thursdays. 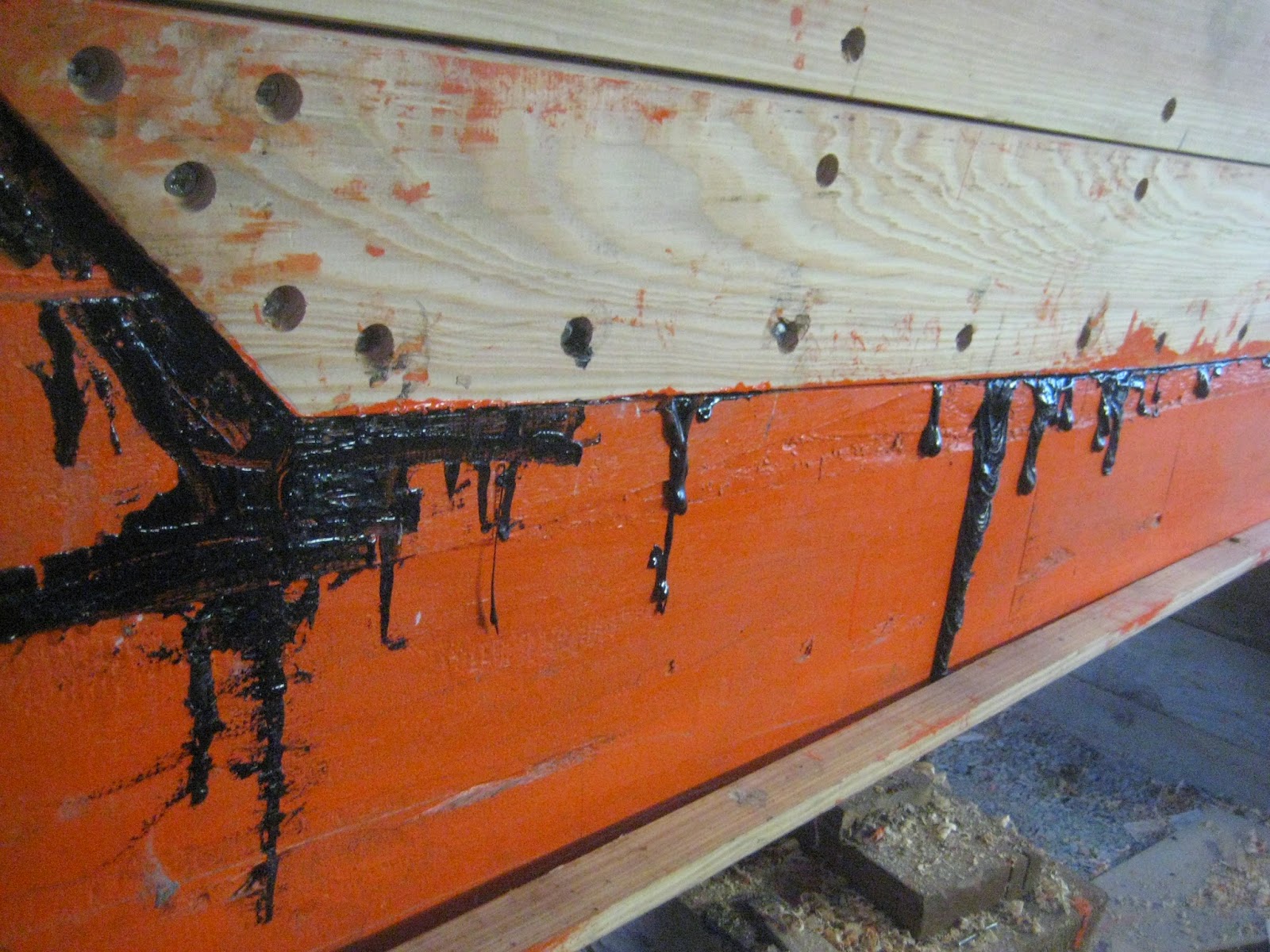 The starboard (right ) garboard plank is now fitted and the black tarry paint I put on last week oozed out .Guess who got the job of cleaning up and making good ! (I've learned from this experience ). 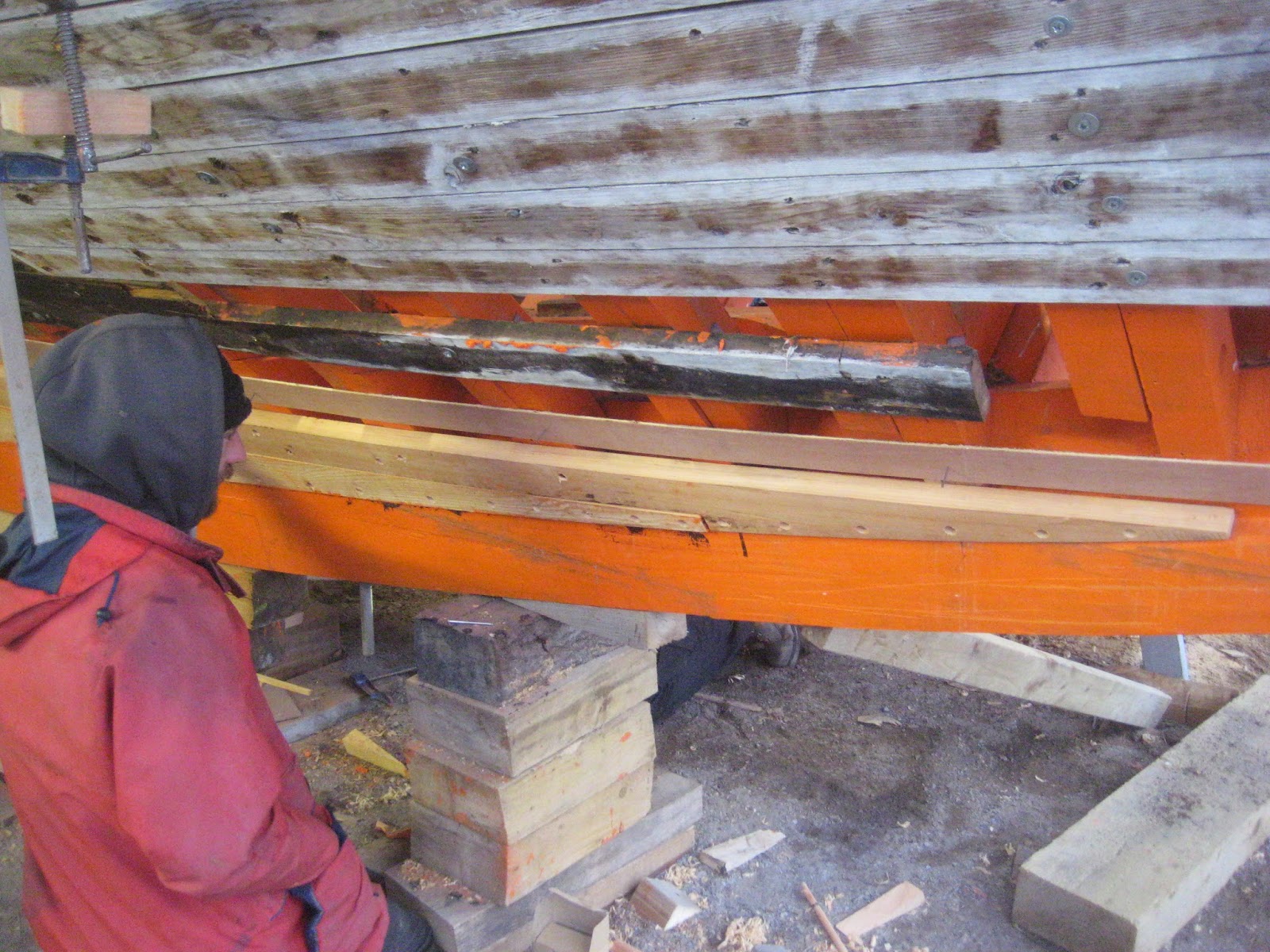 Shipwright Dave began work on the third plank up. If you click on the picture you can see the snug fit of plank 2.
The length of each full plank run will now require two parts as we have no larch slabs long enough for a full run. 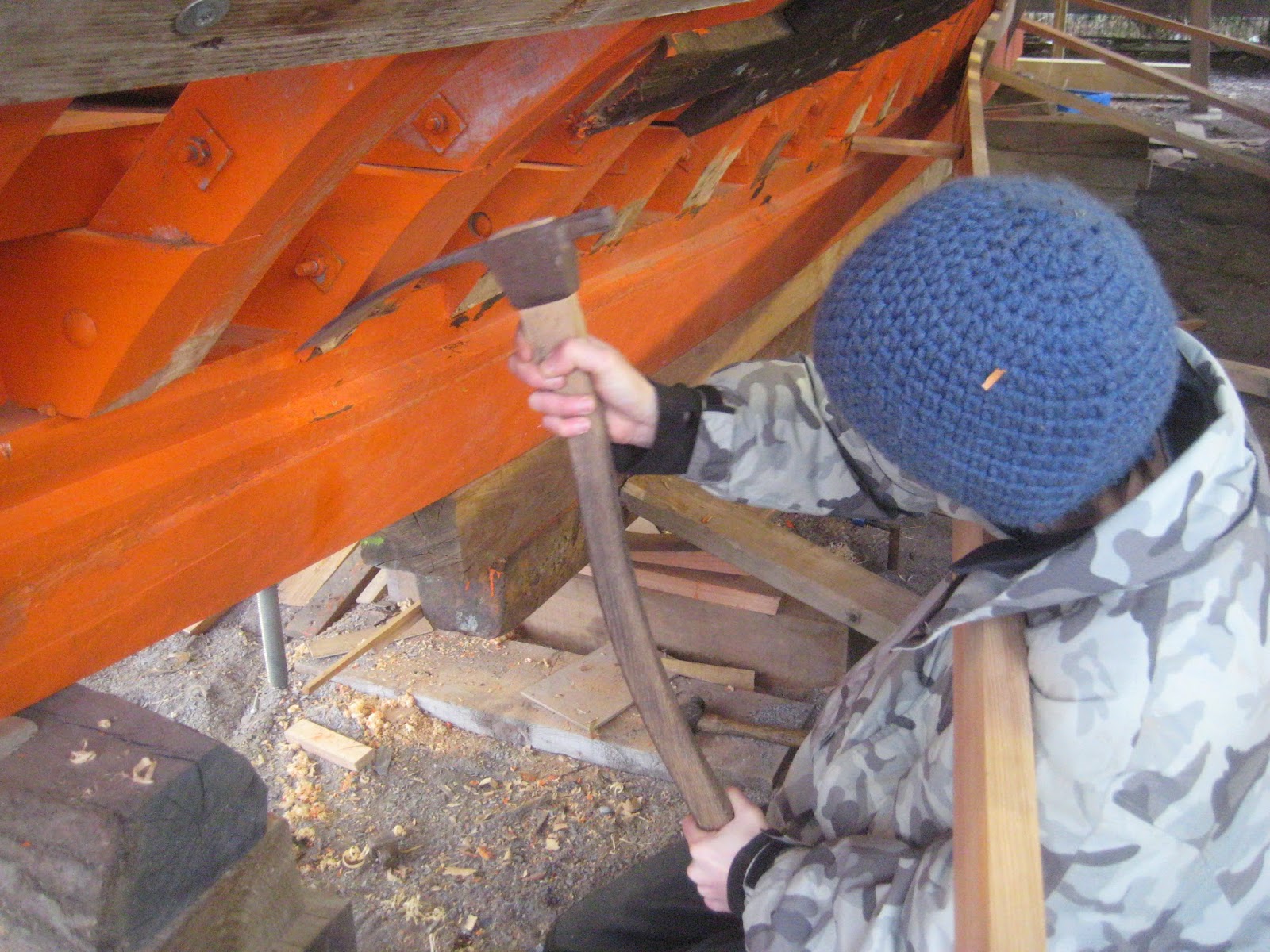 Meanwhile apprentice Dave tweeks the base of the frames (ribs) on the port (left) side of the keel so his garboard plank fits snugly. 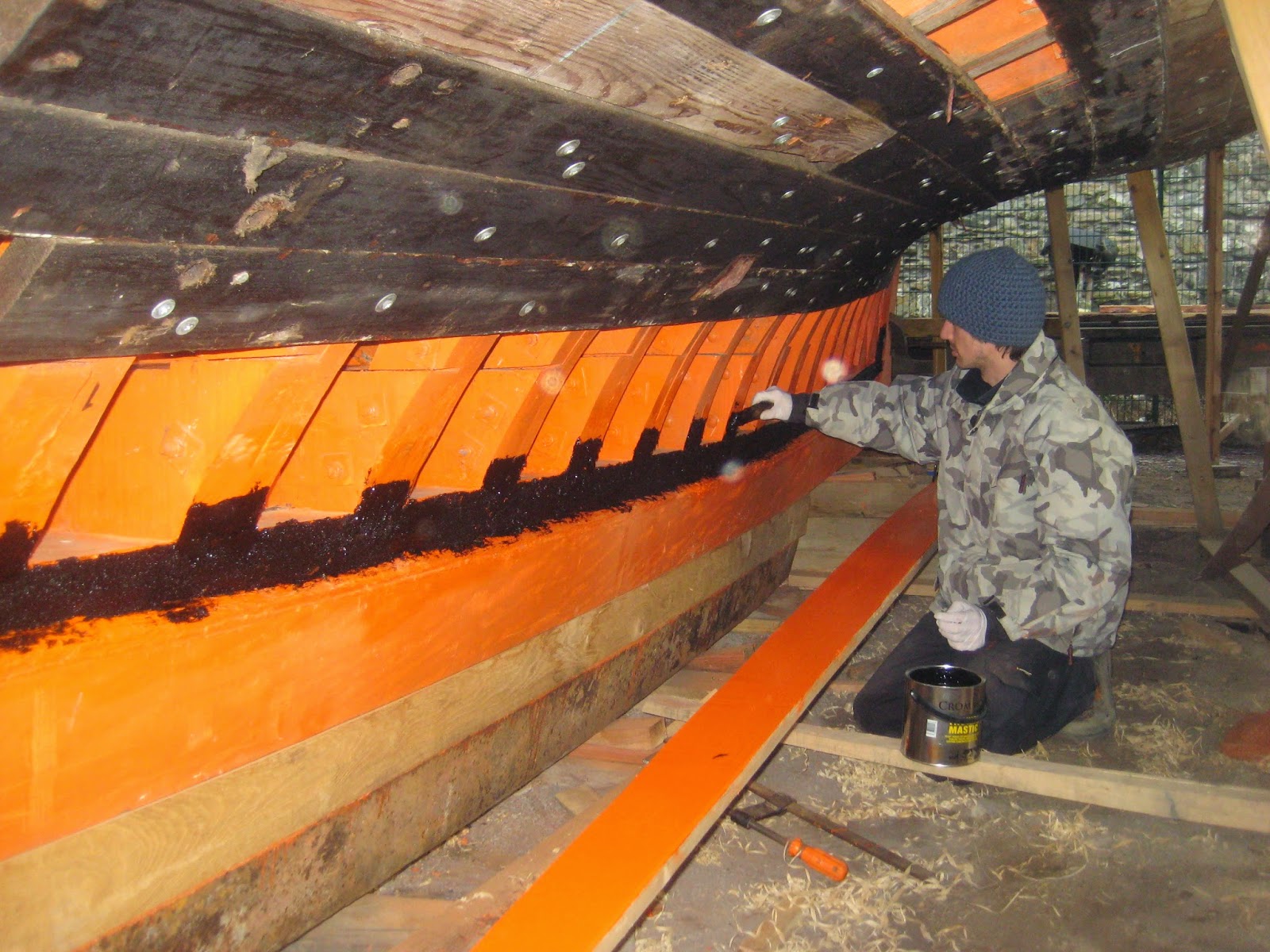 Before final fitting, Dave paints the tarry paint, which won't come off clothing, behind the plank. (I told you I'd learnt from previous experience !) 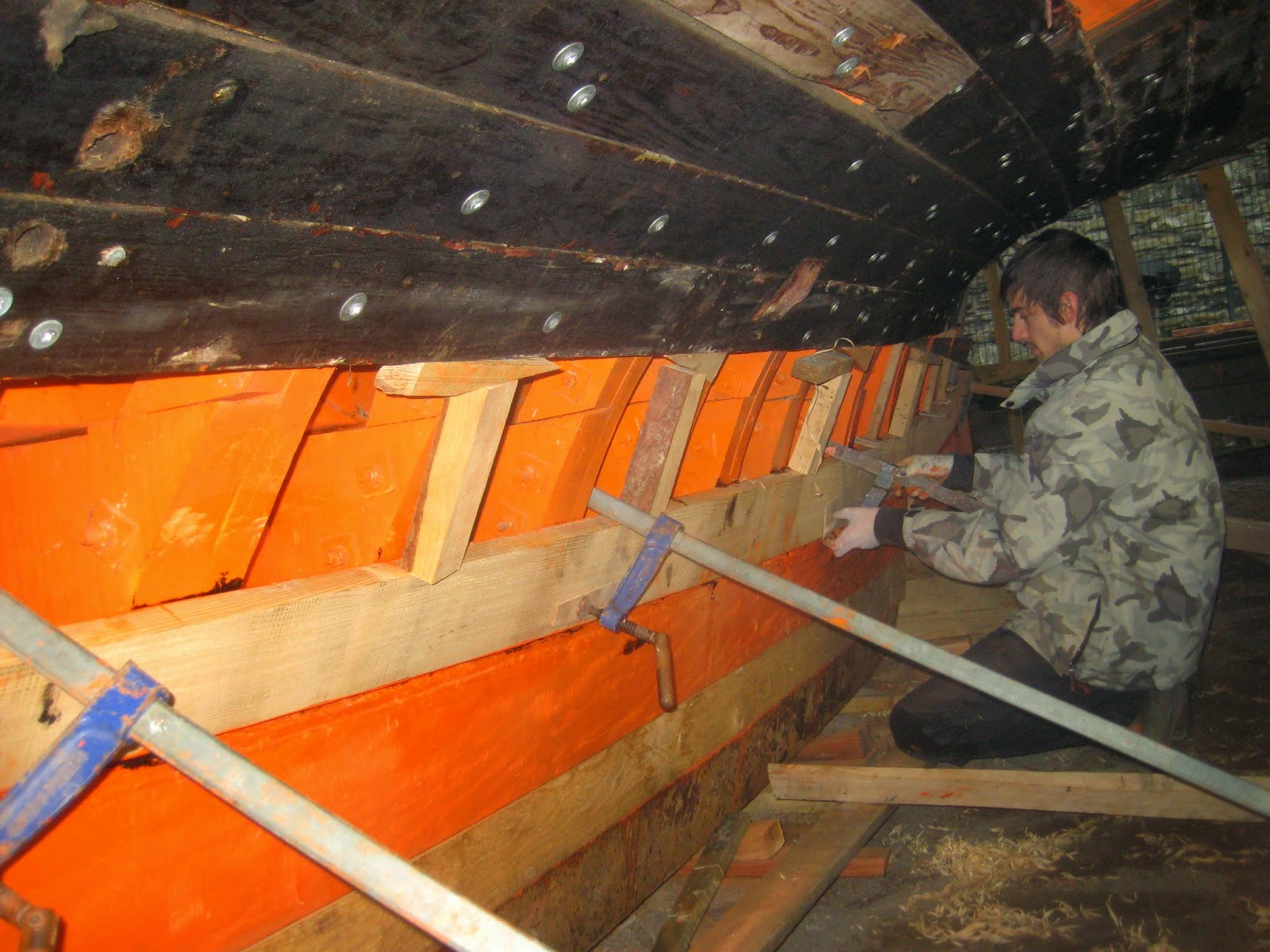 The plank is then positioned and secured with clamps where possible .
The story continues........


Posted by Wednesday Phil at 13:12 No comments: 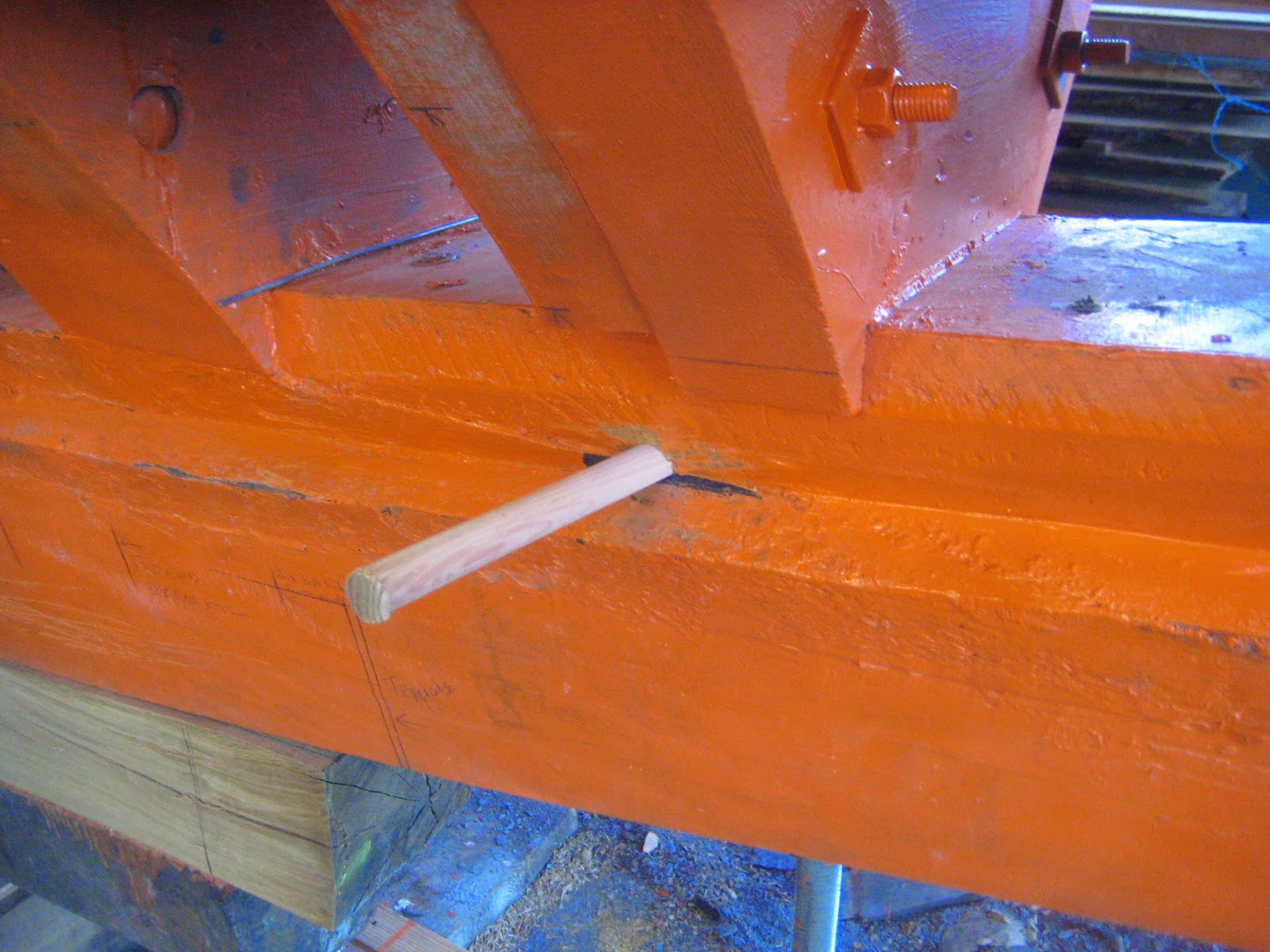 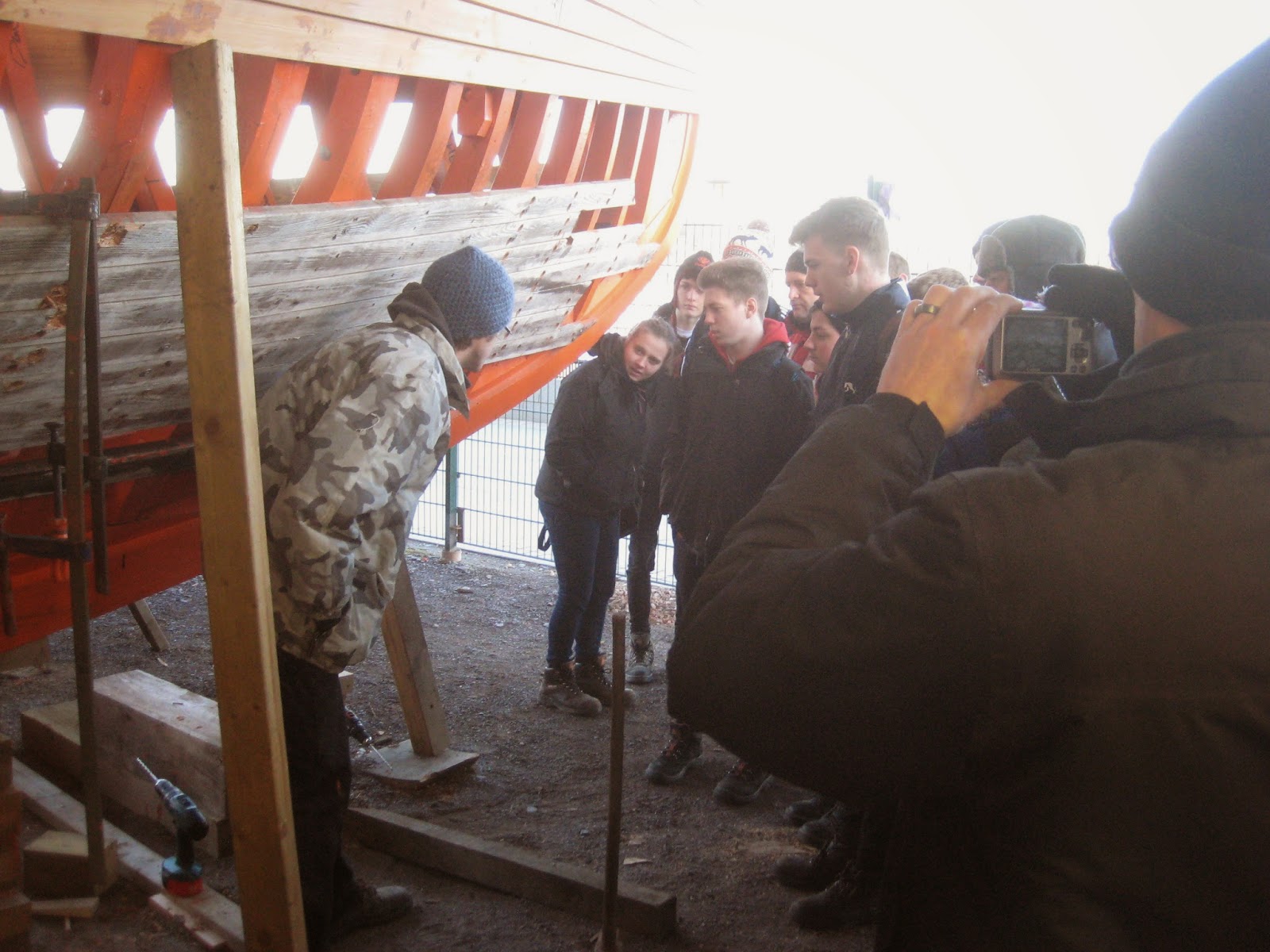 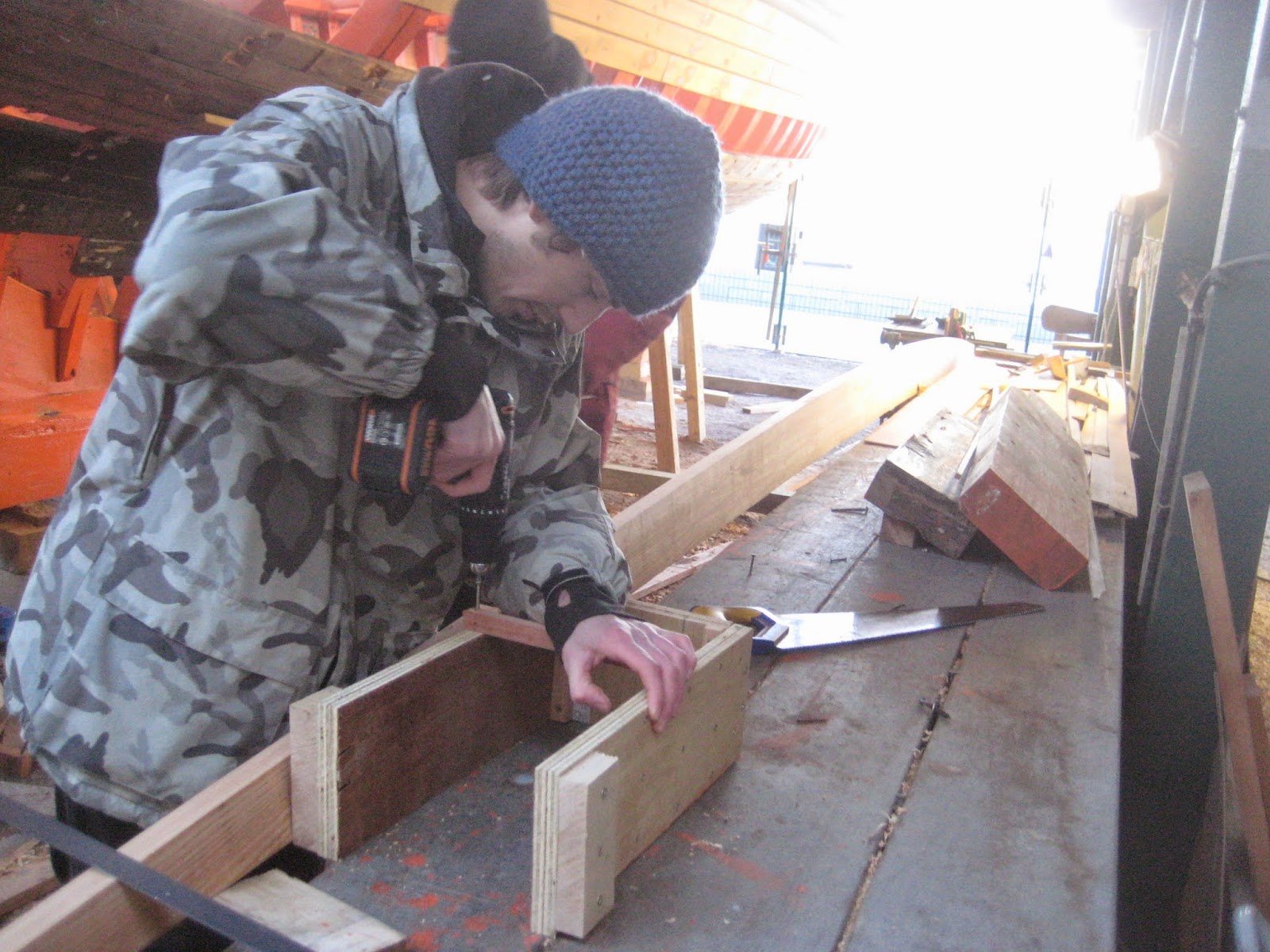 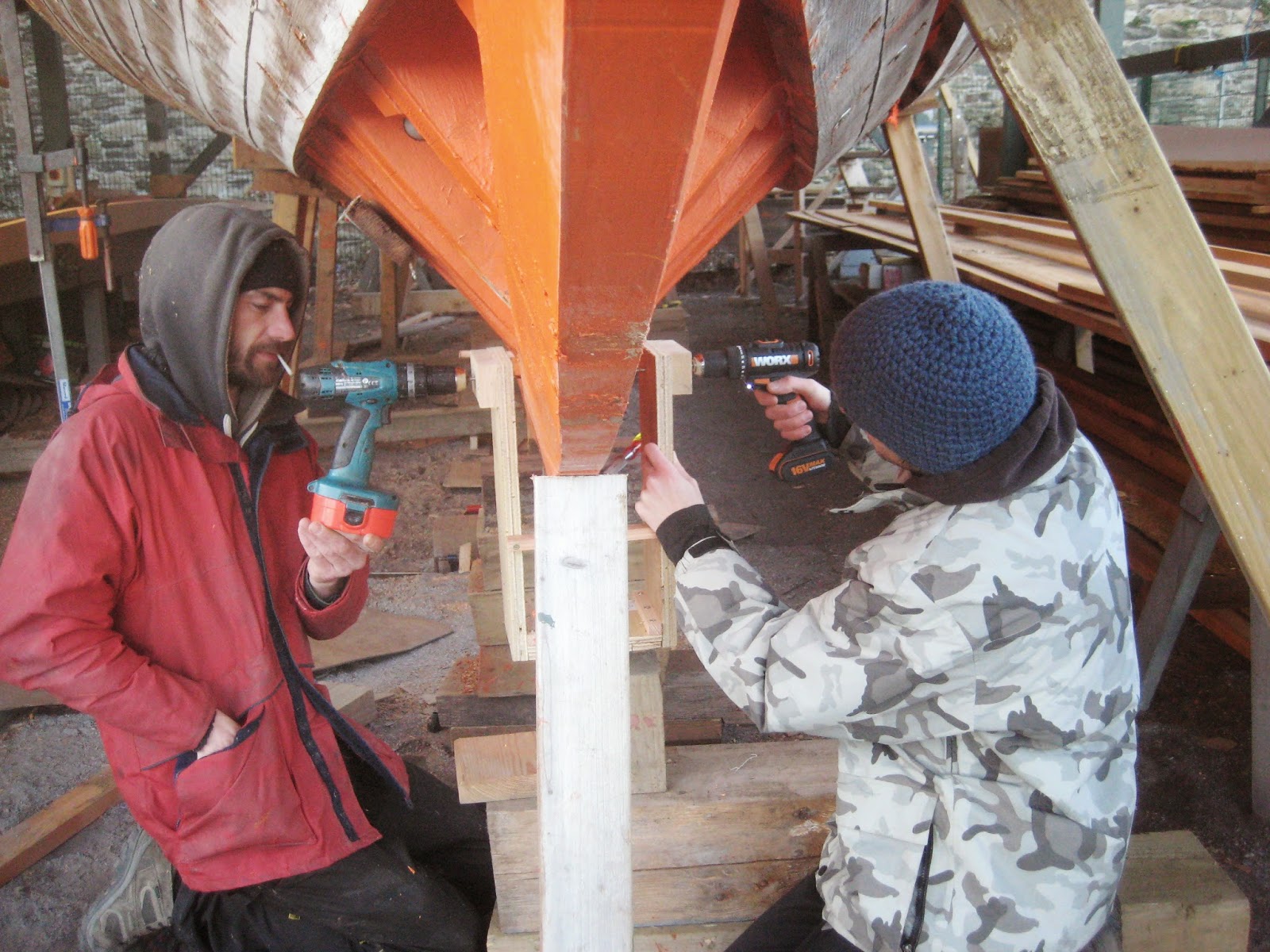 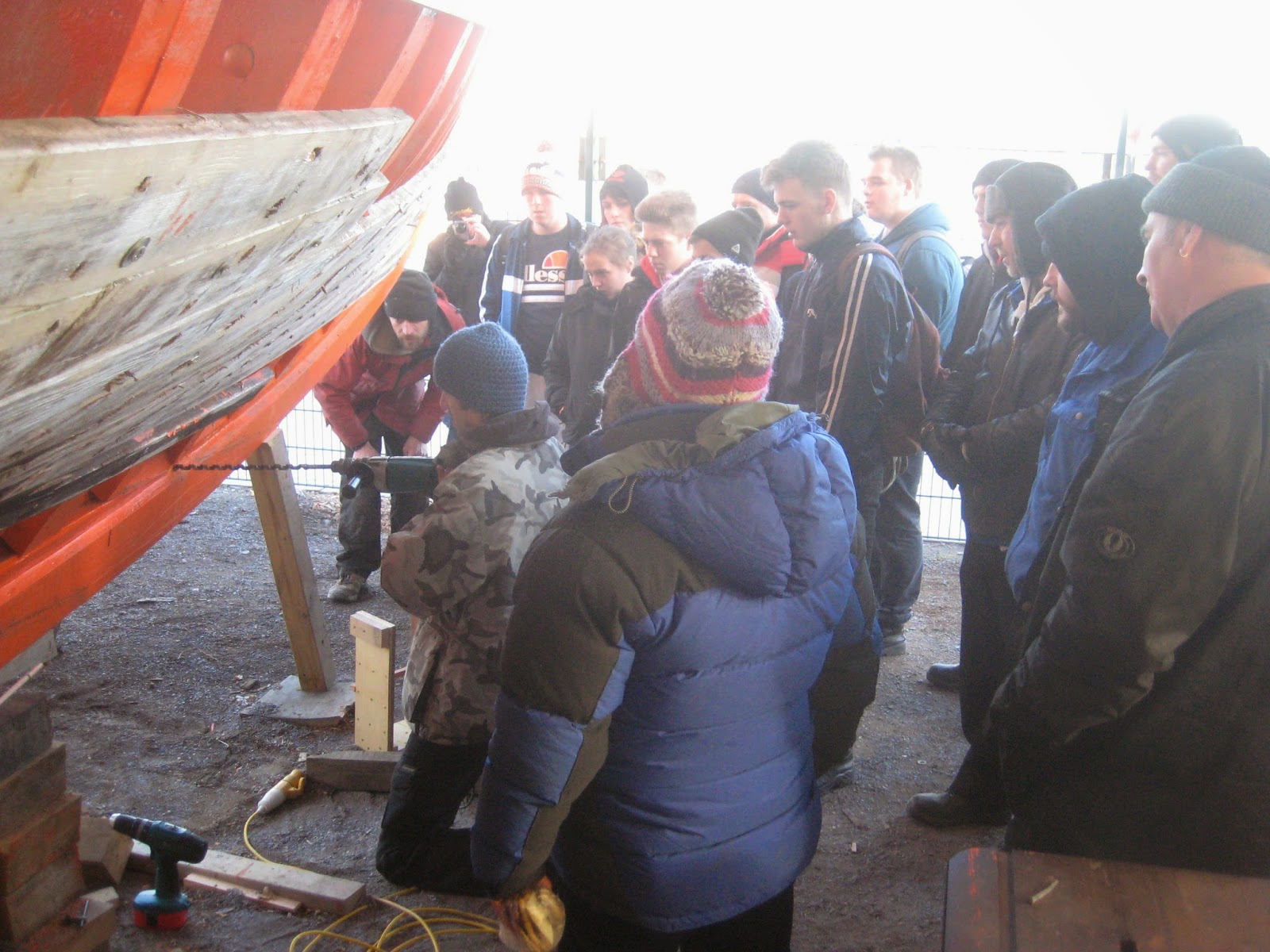 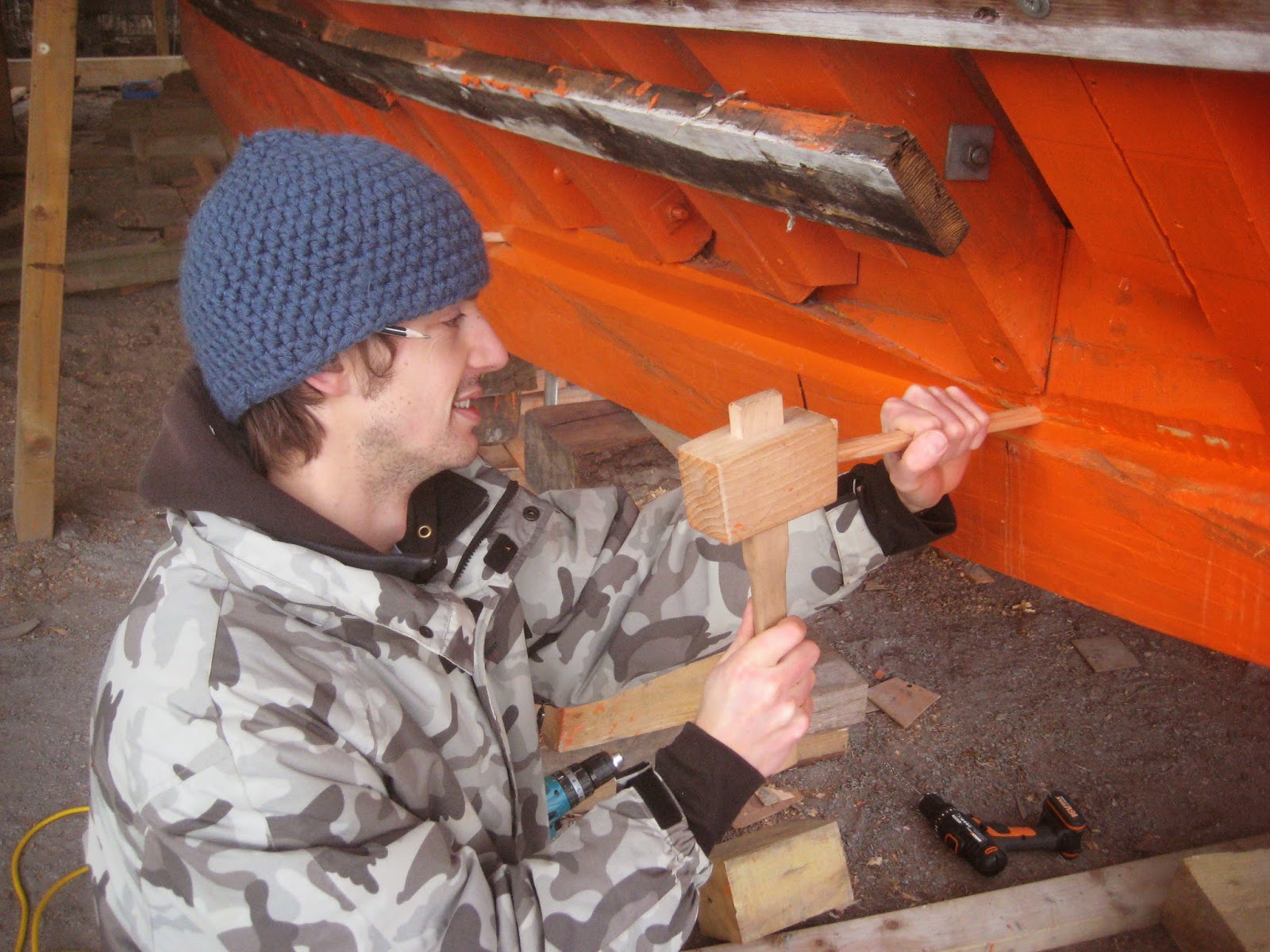 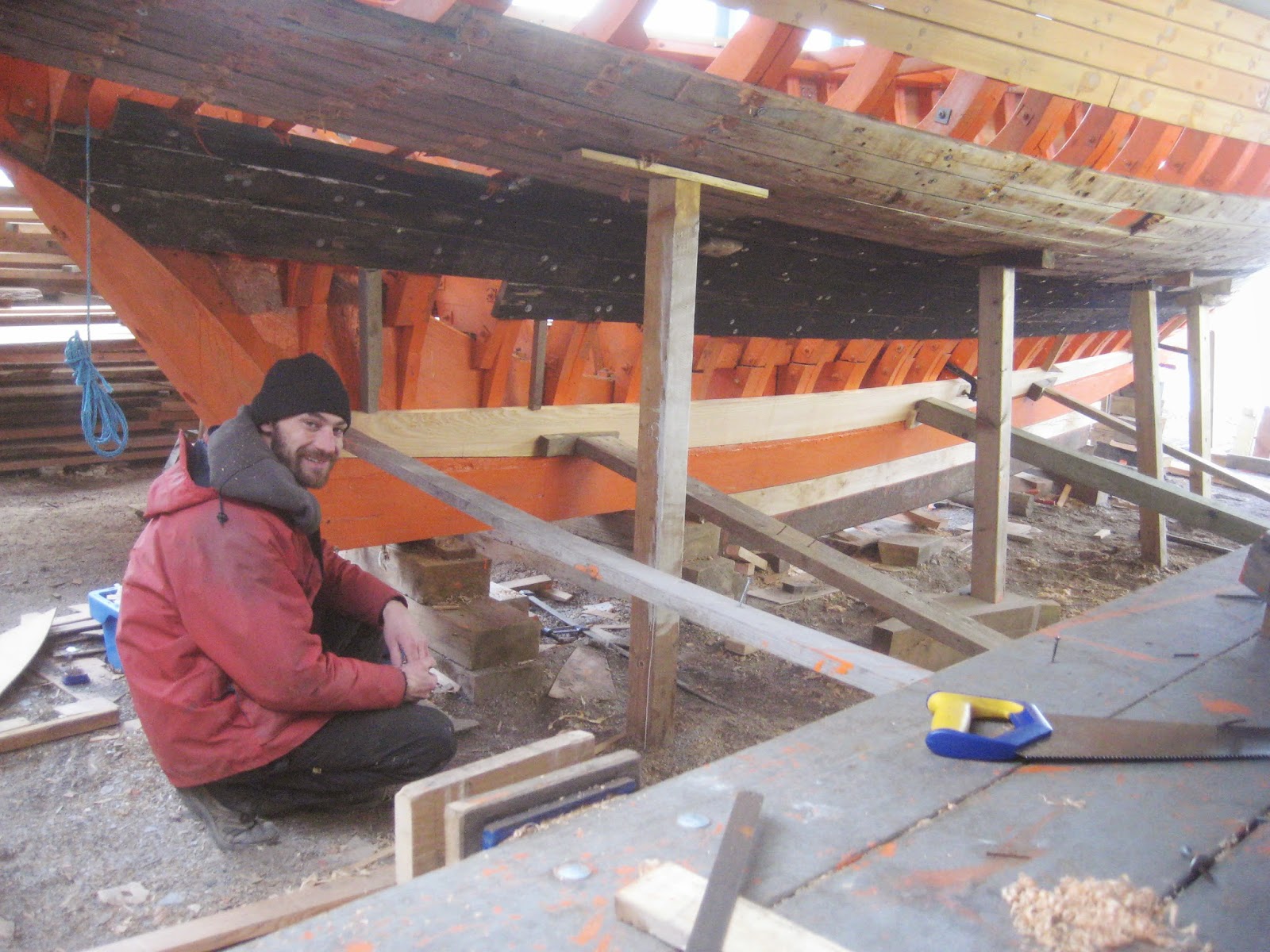 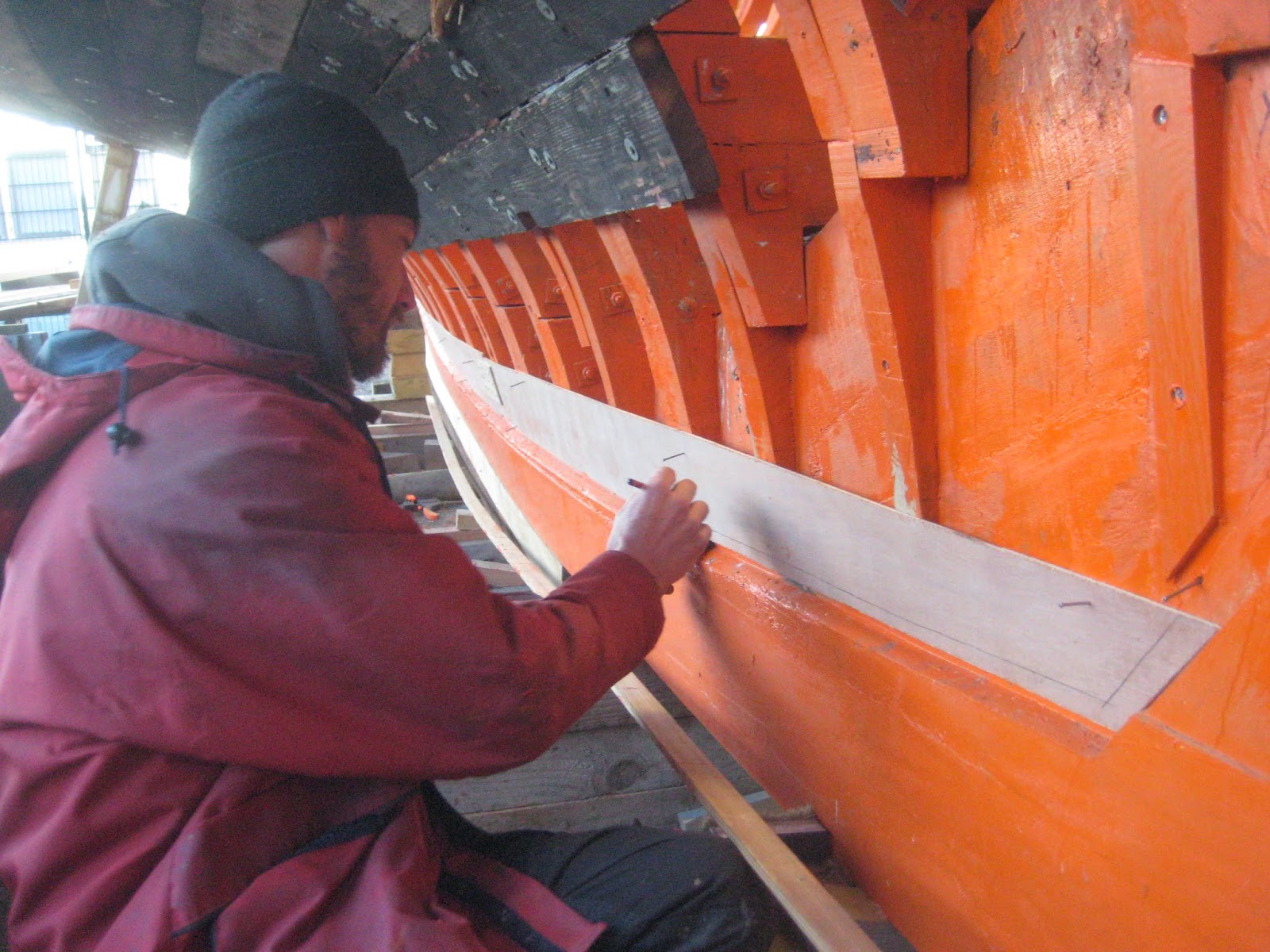 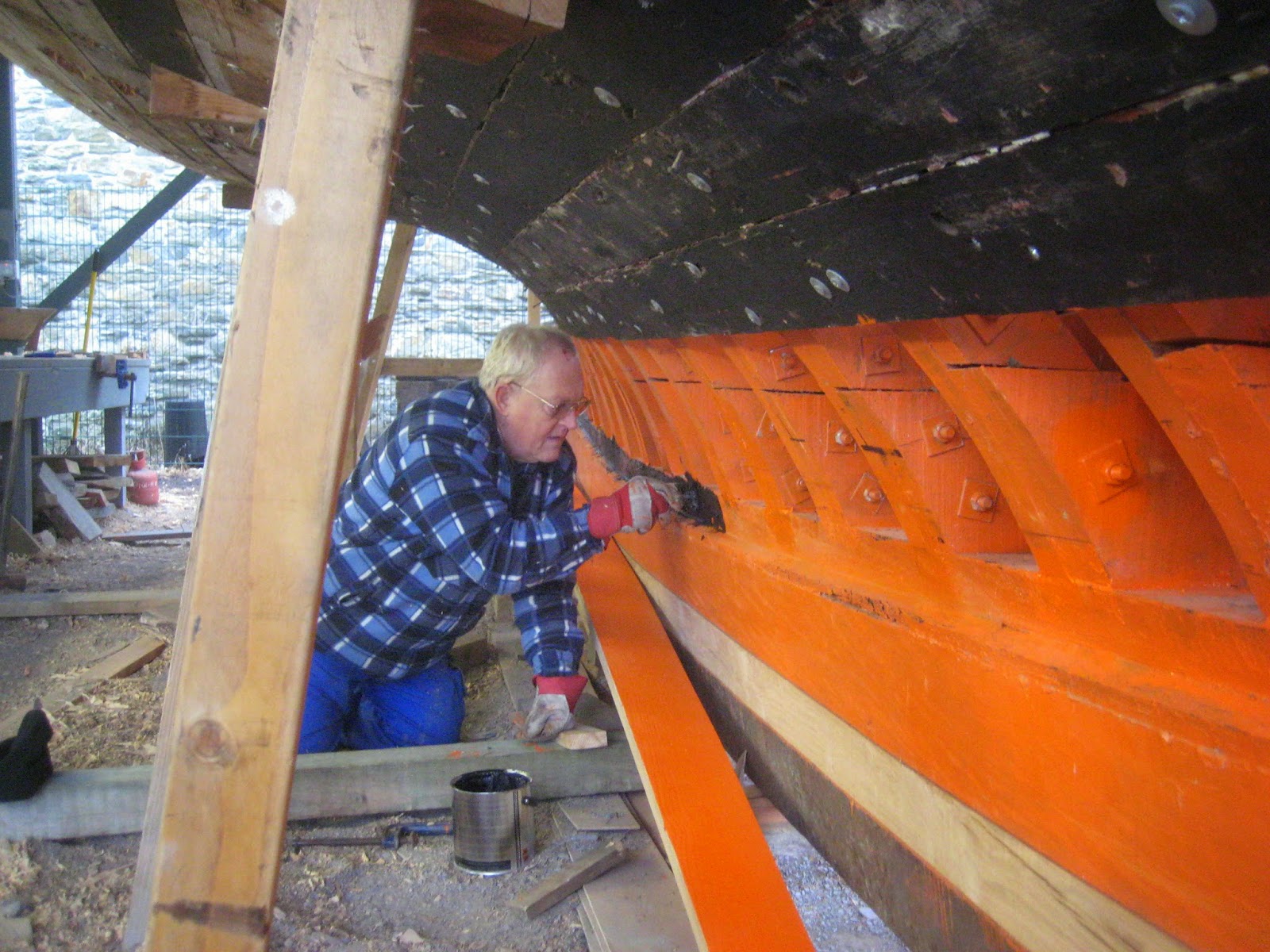 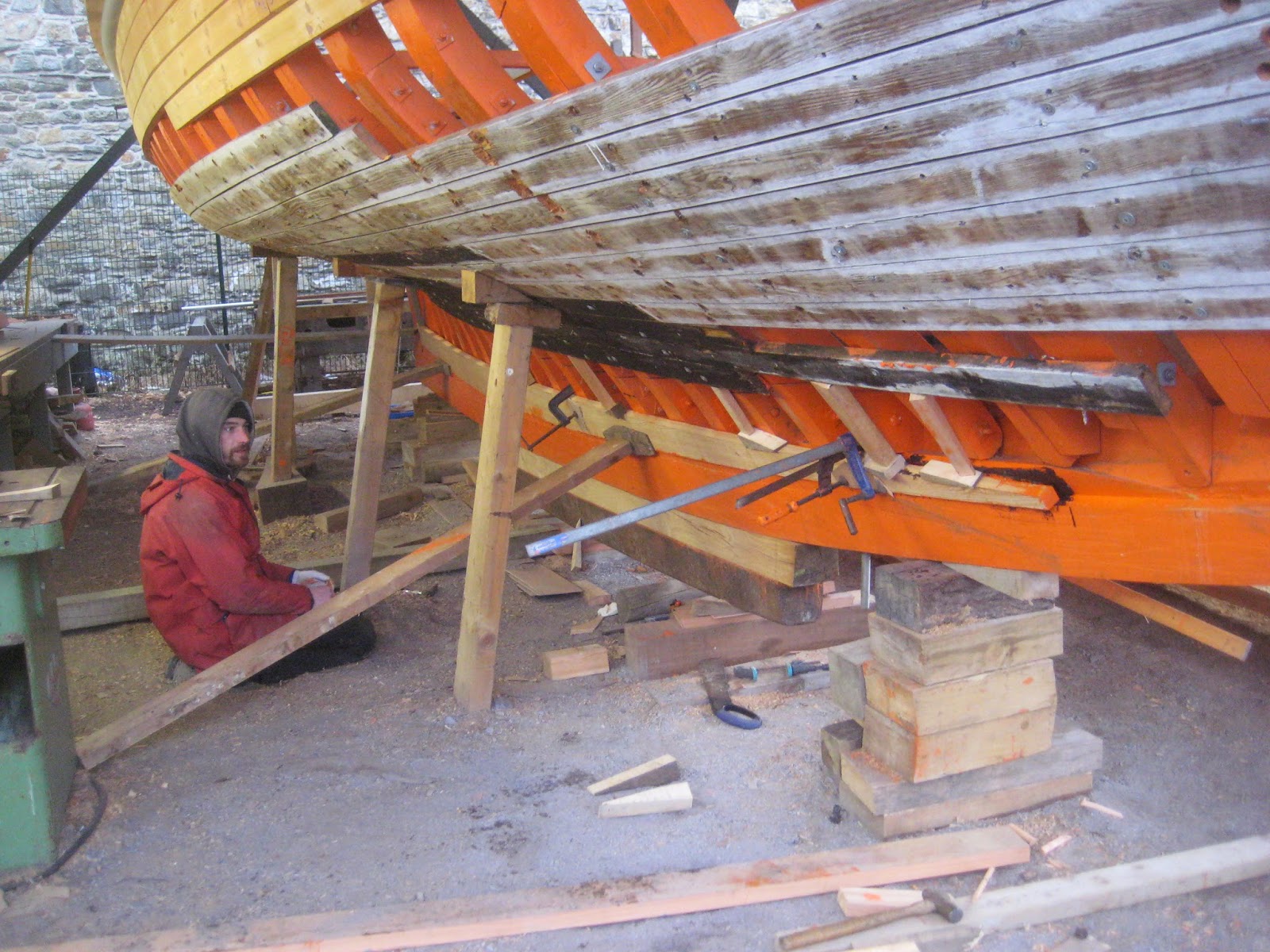 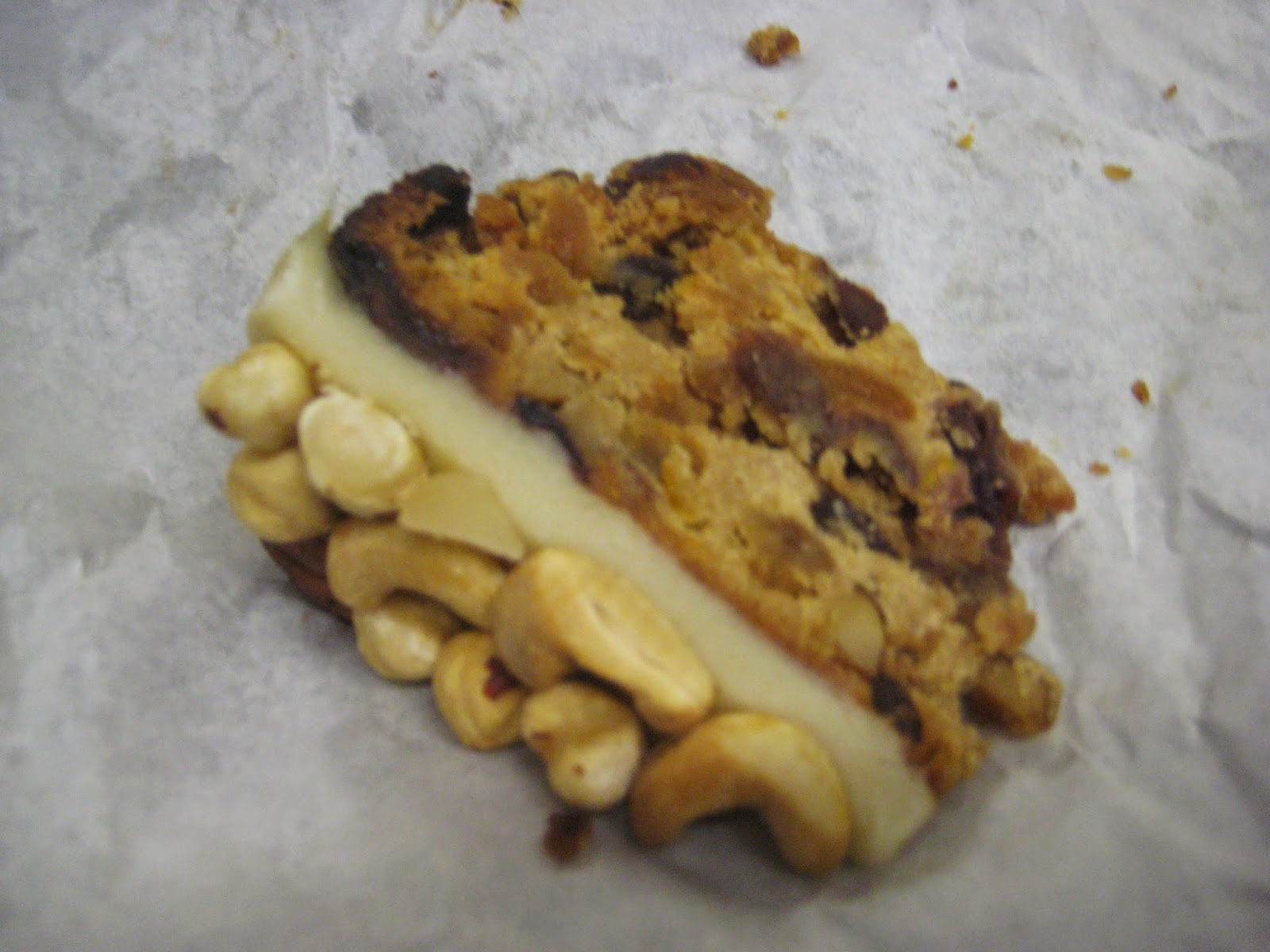 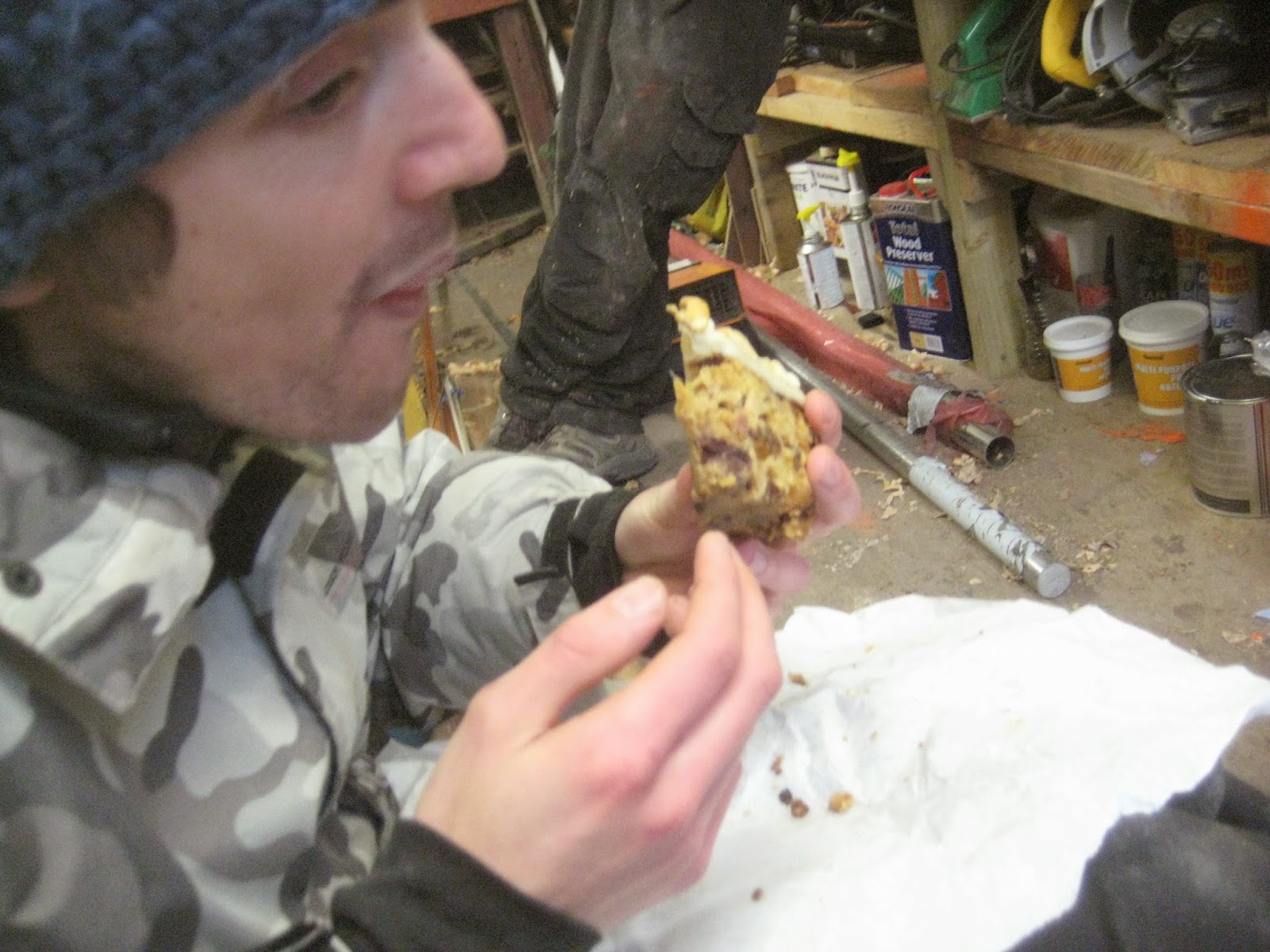 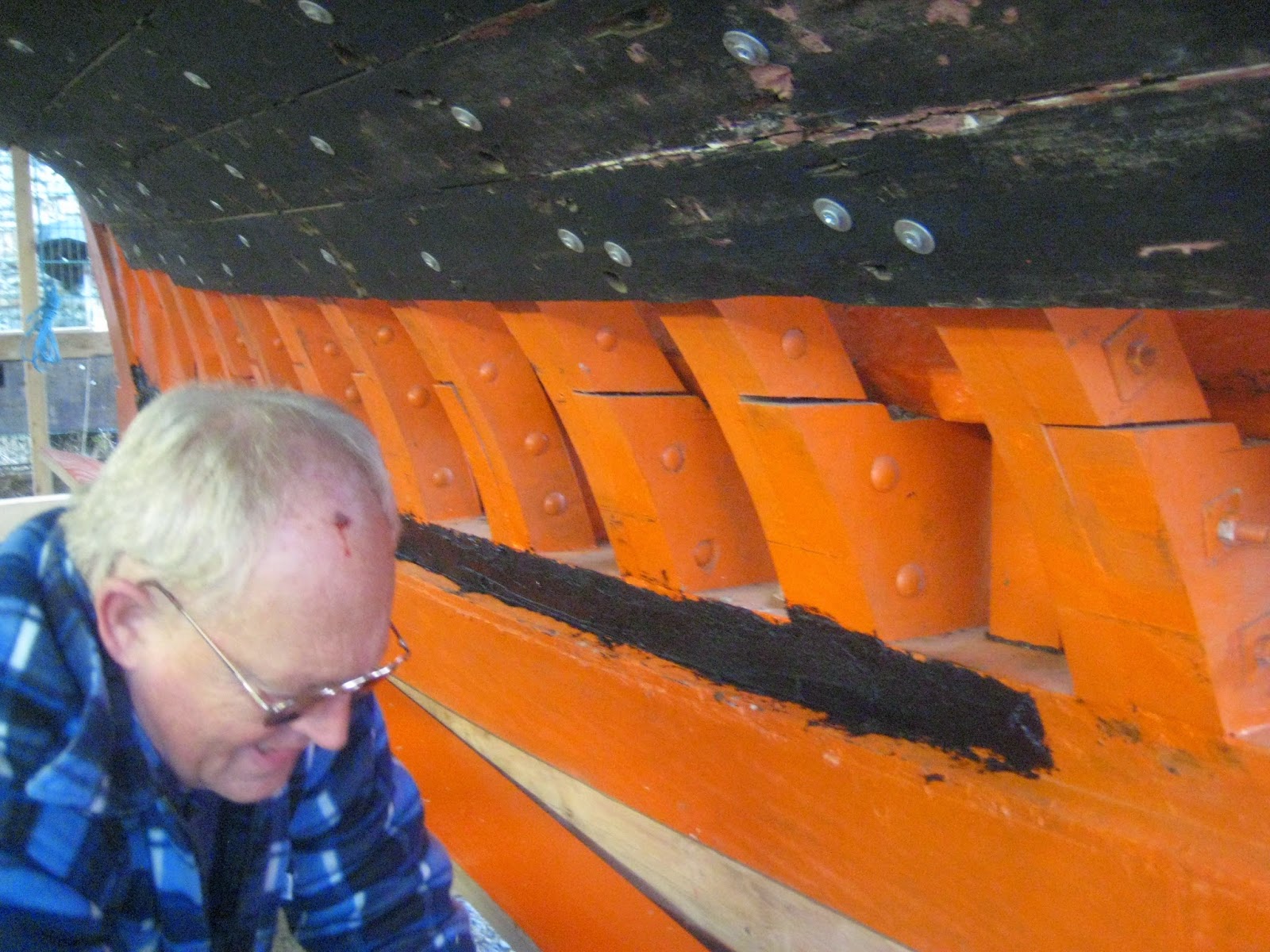 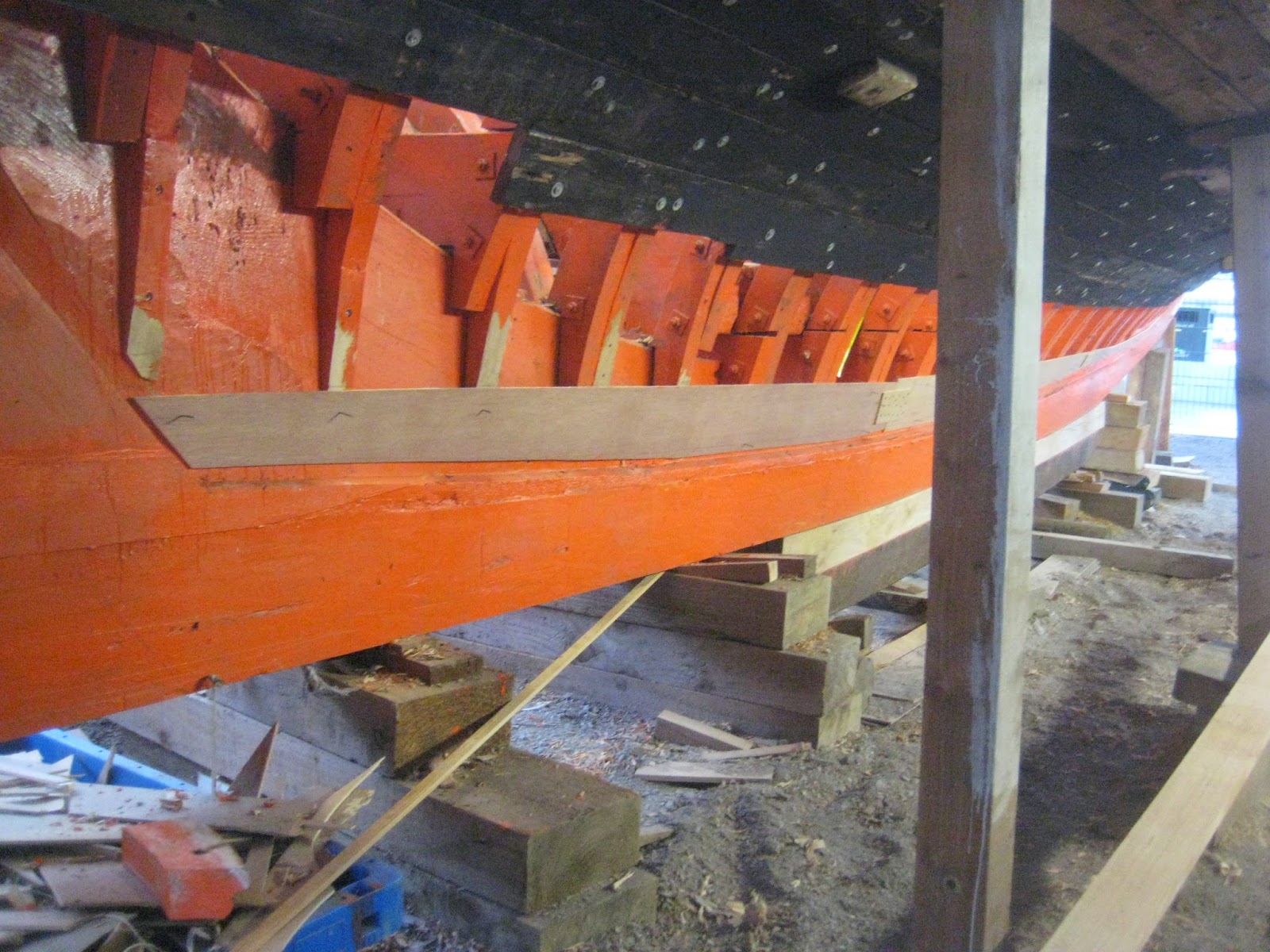 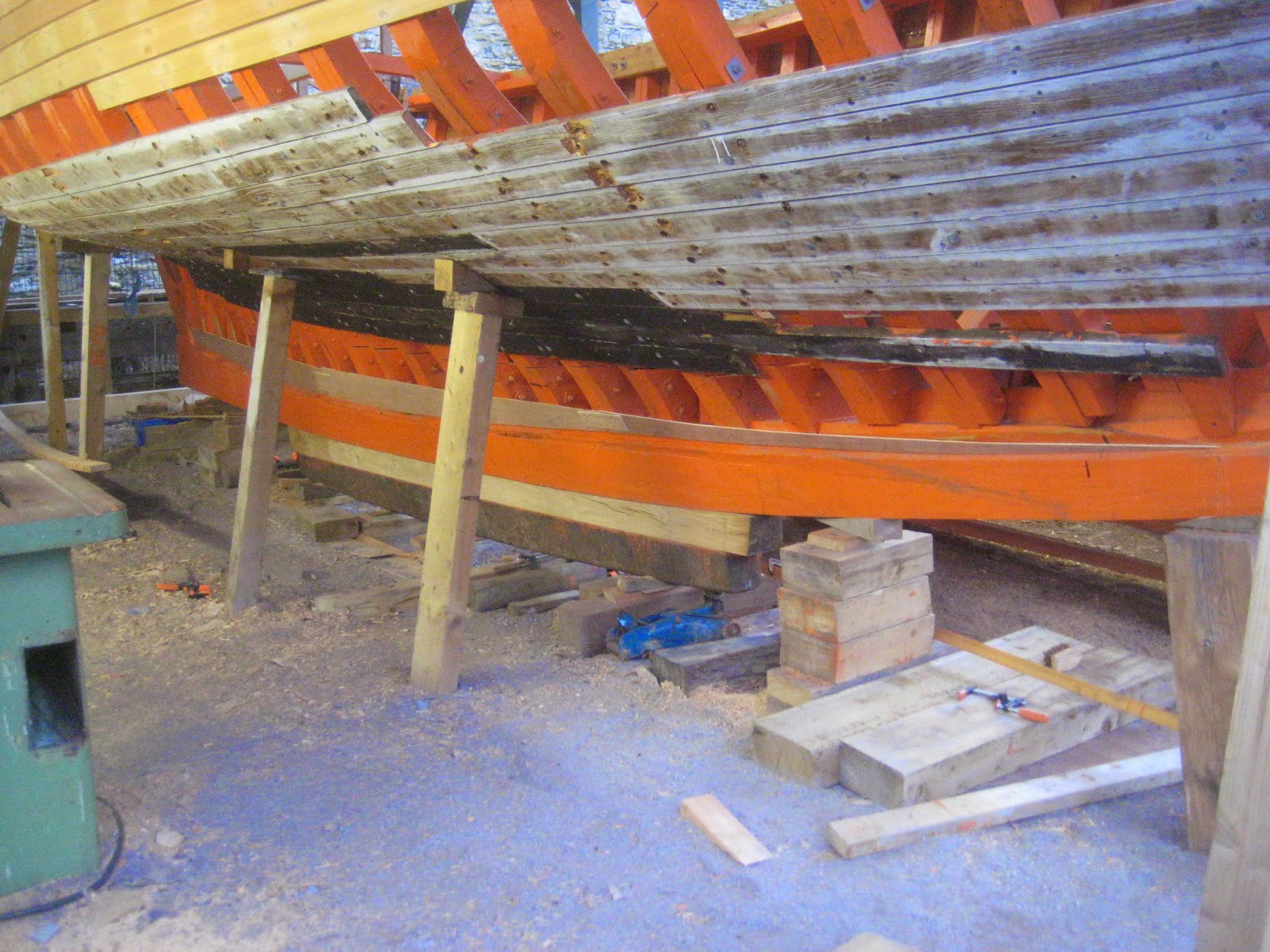 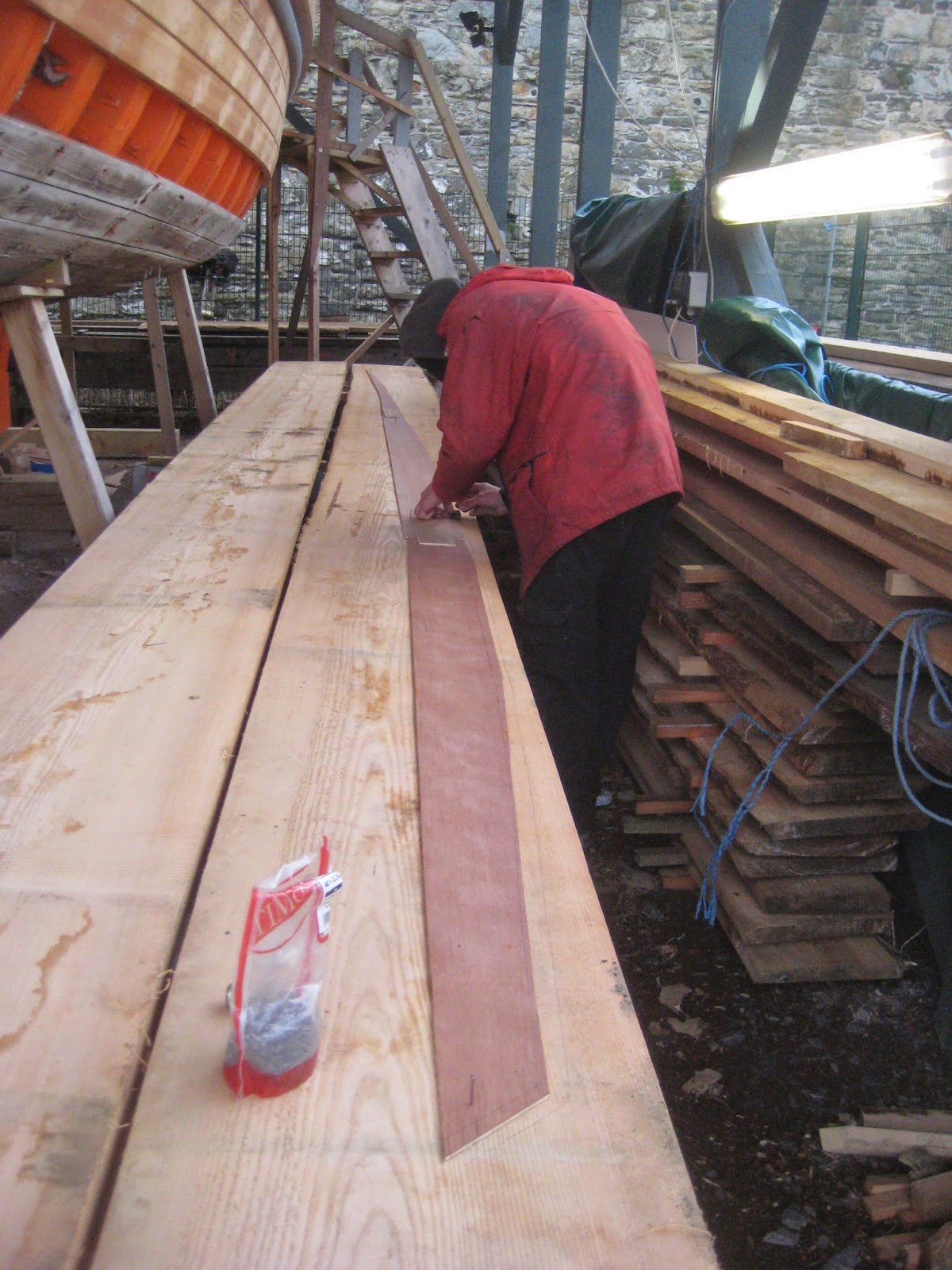 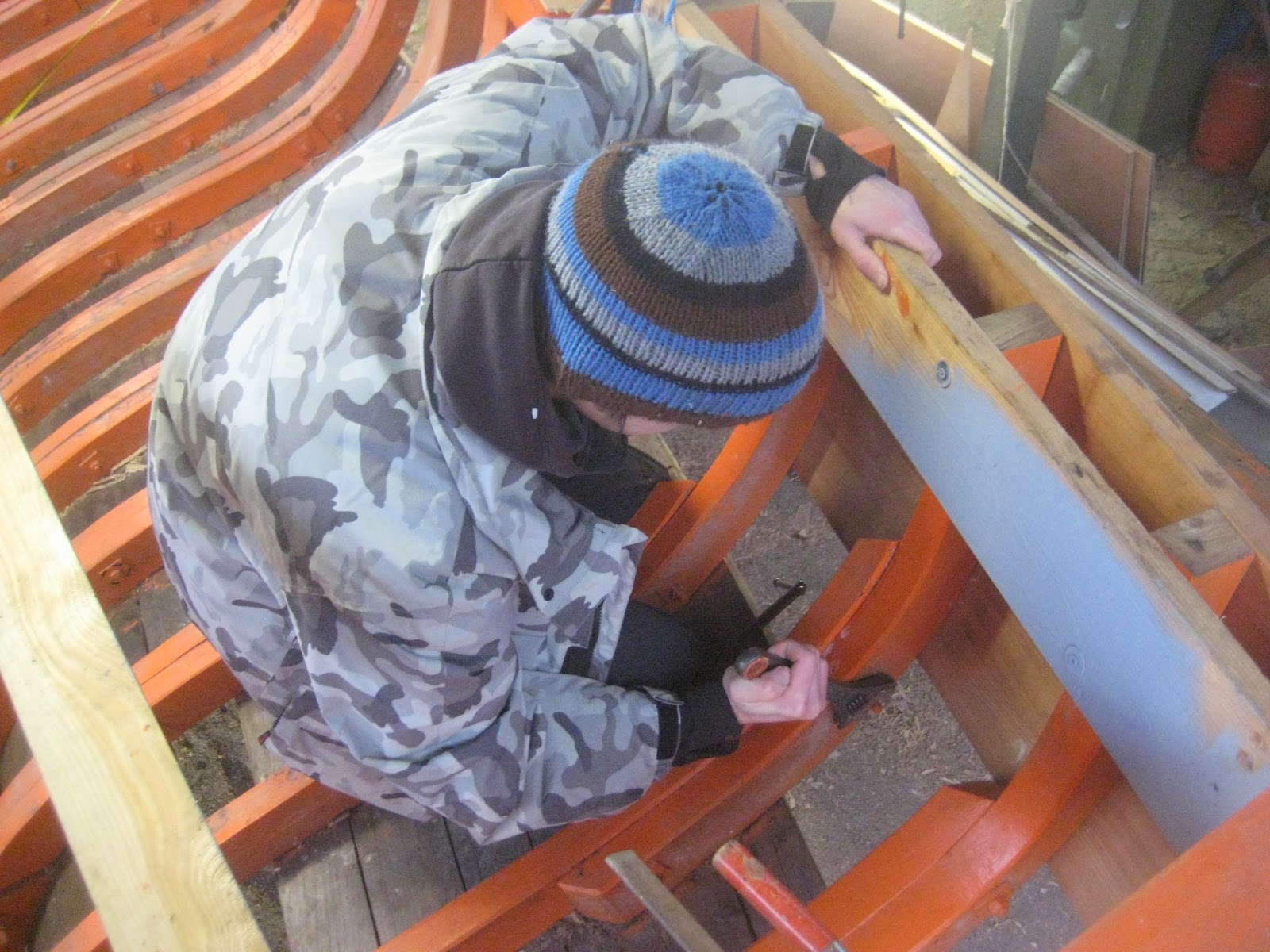 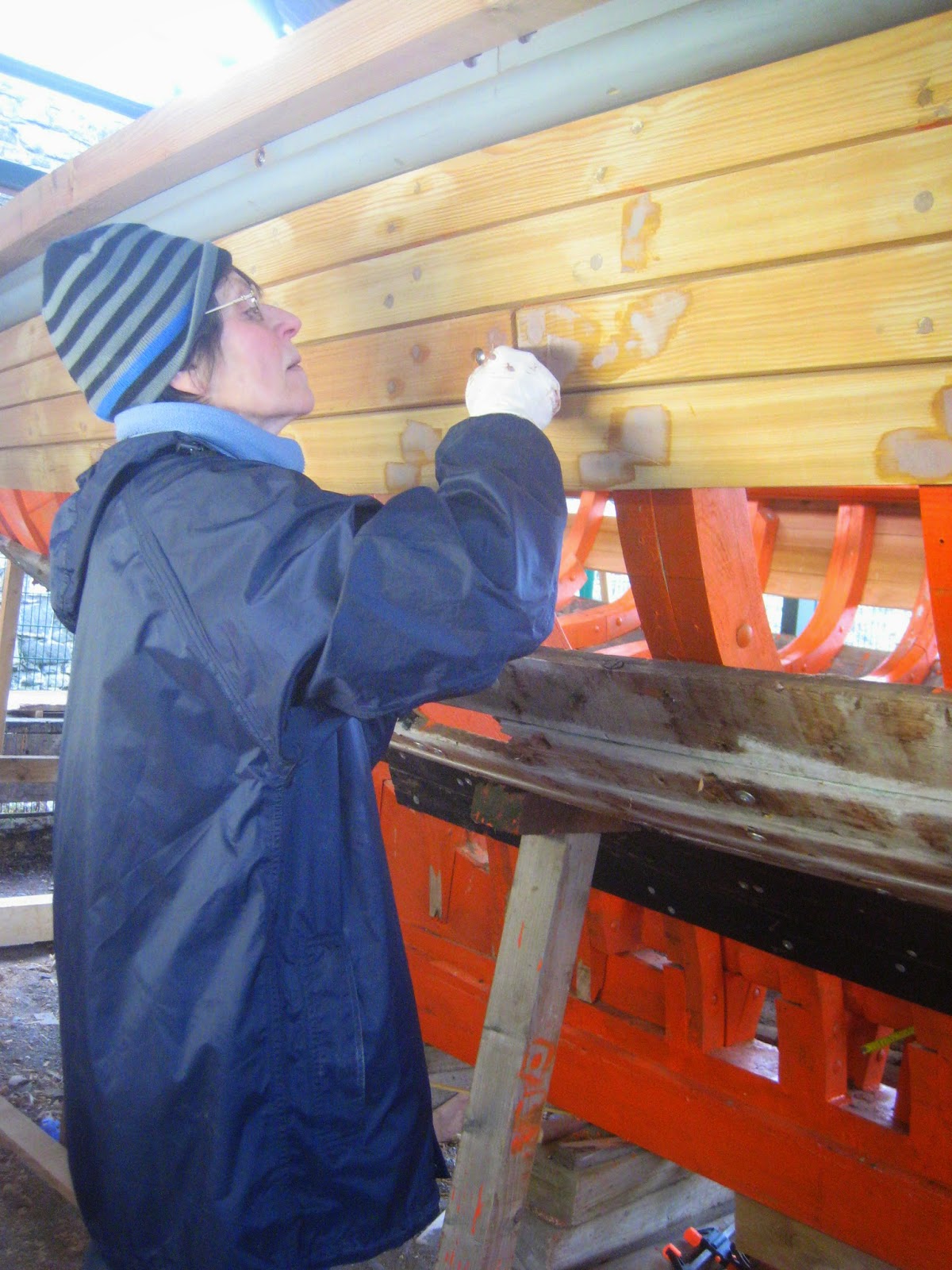 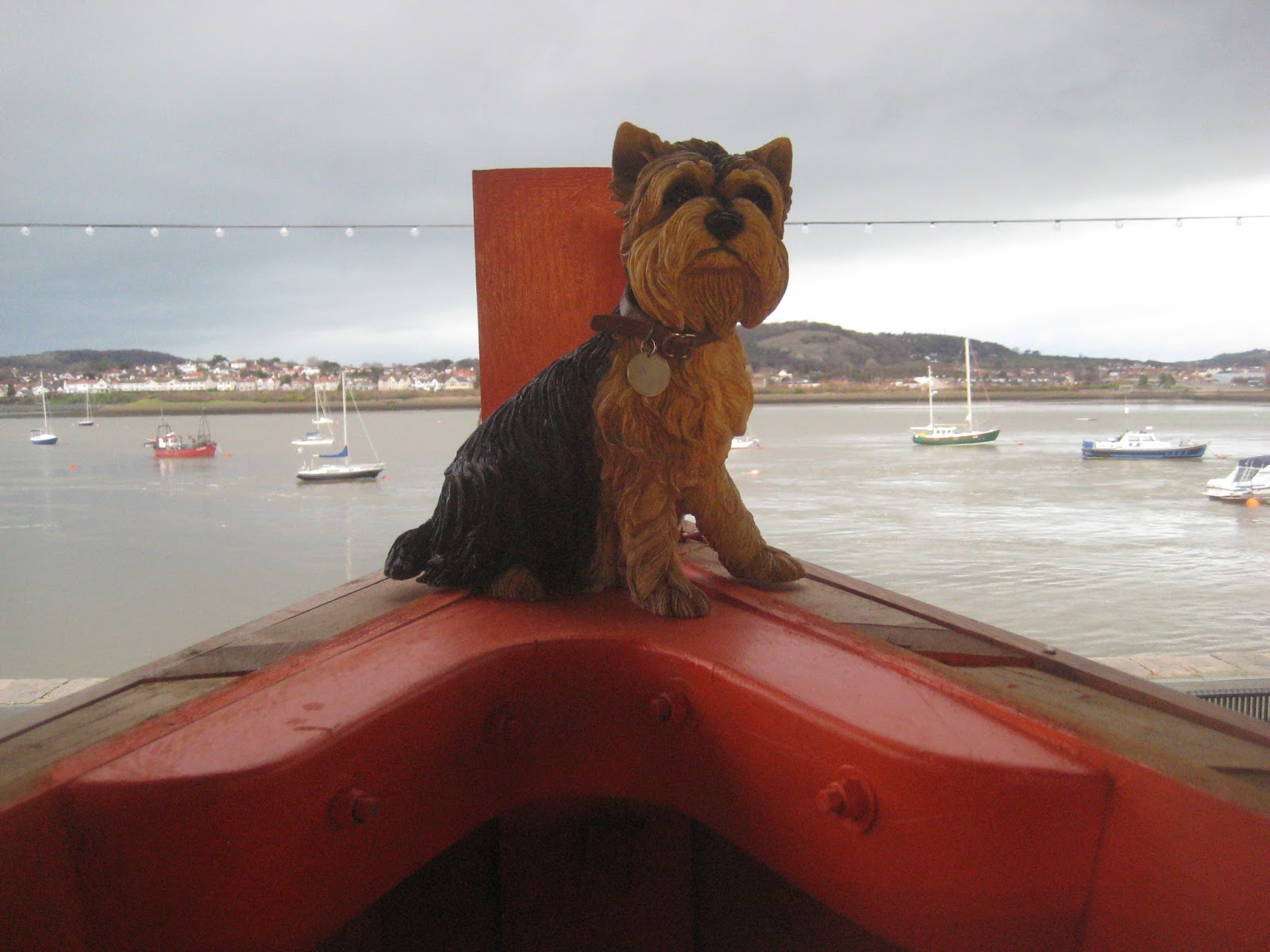 
Posted by Wednesday Phil at 13:51 No comments: