IT'S BEEN A WHILE SINCE I LAST POSTED.

Due to financial constraints work on HelenII became almost dormant with Wednesday Phil keeping things ticking along by doing none shipwright jobs like painting and making simple wooden parts in preparation for start up again. 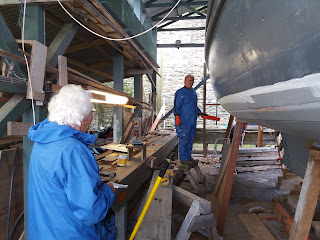 After a meeting of trustees it was agreed that "those who could " would come on agreed Wednesdays to help speed up the work.

So trustees Jane ,Ron, Alan and Wednesday Phil set to with a will to make a difference !!
Ron began work on the engine supports while the rest gave a first grey undercoat to the hull.

Ron slipped smoothly into the role of project manager giving encouragement to all while tea tasting.


With a first coat on and basic engine supports roughed out Wednesday Phil and Murray looked towards fund raising to assist the work...
An ideal opportunity arose with the advent of PIRATES WEEKEND... 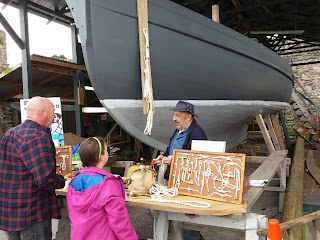 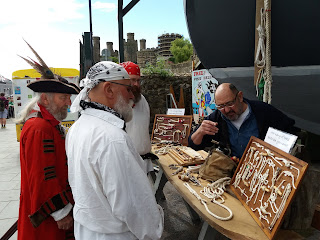 Murray set to, to draw in the visitors with his wealth of Knot making knowledge and having got them in the compound, Wednesday Phil would take the visitors to view the ship from deck level.
Upon alighting to exit the compound ,Murray's persuasive nature and dogged determination ensured all made an enthusiastic  donation  to our funds .
The two day event proved financially rewarding and we both enjoyed showing off  Helen II.

After several weeks and a further undercoat added ,three  trustees returned  to continue the glossing   the hull. 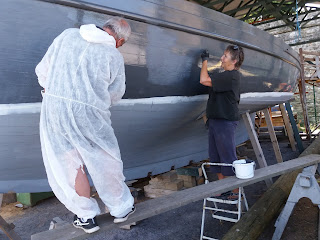 Jane Alan and Phil worked on one of the hottest days this year- with the paint touch dry on one side before the other was completed. 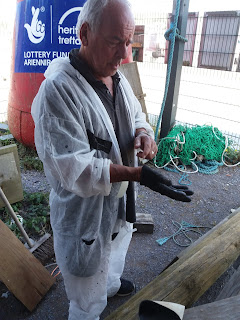 Alan prepares for the morning's work with his designer suit and his one and only glove ! 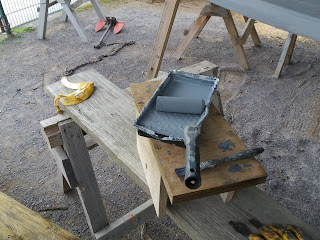 Painting on planks can be a dangerous thing when one trustee likes bananas !!!


At the finish, all left for home having made a difference. 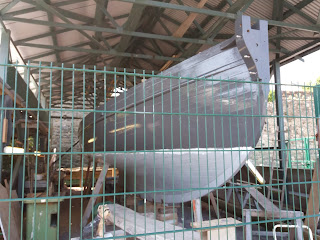 Posted by Wednesday Phil at 11:51 No comments: