THE BEGINNING OF THE END

As we have all now had two Covid jabs ,we are tentatively returning to work.

Wally and Wednesday Phil gave the boat a thorough clean to remove a year of pigeon muck. 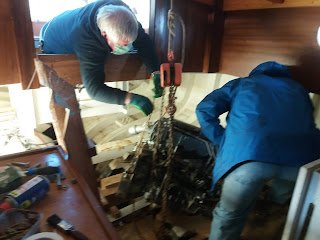 Then Ron ,Phil and Wally, suitably masked, began to move the engine with block and tackle into its correct position. 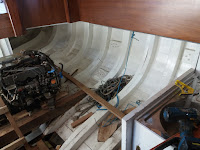 This created room for Wednesday Phil to build the final bunk on the port side. 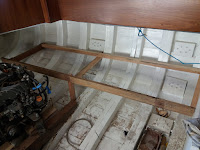 In doing so ,it became clear that there would be little room to reach the back of the engine due to the bunk so redesigning was needed. 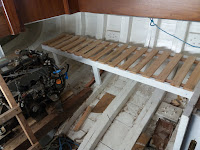 The original frame was removed and a new  design constructed.

This time it was able to be lifted up to allow greater access to the engine. 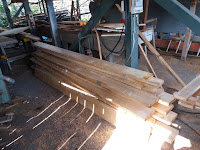 Due to passing a building being renovated, Phil noticed a pile of  8 x 3 beams being removed and with the aid of  a mates trailer ,they were relocated to the compound