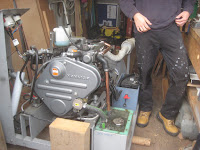 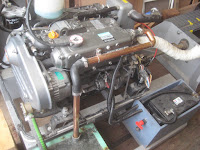 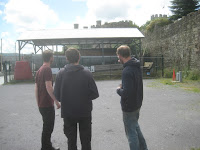 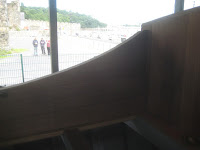 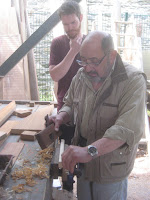 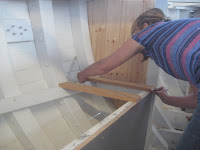 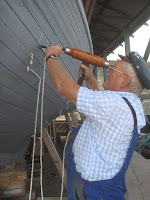 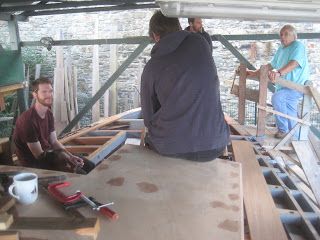 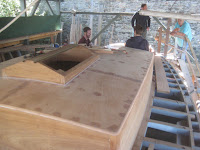 
Posted by Wednesday Phil at 12:00 No comments:

TODAY WE WERE "MOB HANDED" WITH VOLUNTEERS!
Today we had 5 people working on the boat at the same time. 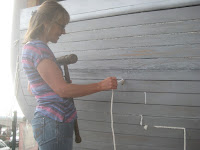 Sandy learned the skill of caulking and the "pull test" to check the solidness of her work. The cotton should prove difficult to pull out if pulled firmly.
By dinner time Wednesday Phil wrongly assumed Sandy was continually admiring the clouds above until he was informed her neck was feeling the strain of  this knew muscle usage and a rest was required. Different tasks were allocated. 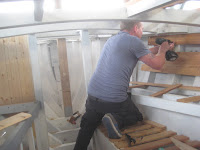 Volunteer Warren was tasked with fitting the "ceilings" to the starboard (right) sides by the forward bunks. These boards ,fixed to the frames,will allow air to circulate behind them whilst keeping the occupant away from the cold planking. 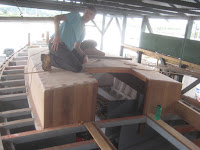 Shipwright Dave began chiselling  in the notches to fit what he called a fiddlestick. As he didn't giggle I can only presume this is a meaningful noun ! 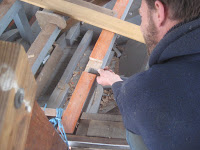 This is a plank on which the coaming is fixed to form a watertight seal.

The coaming is the upright plank protecting the crew from water washing over the side of the boat.( a kind of protective box) 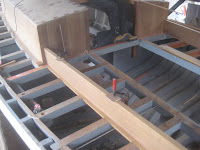 On top of this plank will fit another with a gracefully curving arc  from the top of the  cabin side backwards.(as no one can remember the name of this, we will call it the SWOOSH ) 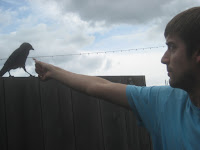 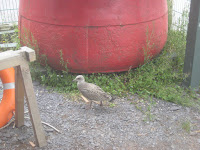 Even local birds have now befriended the project.
Here" Bird Man" Dave feeds our Jackdaw and one flightless seagull walked in for company. 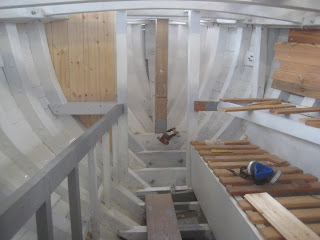 Views at the end of the day. 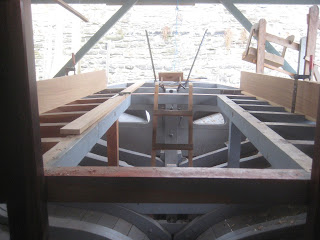 It's great to have such a busy workforce!!!!!

Posted by Wednesday Phil at 05:54 No comments: