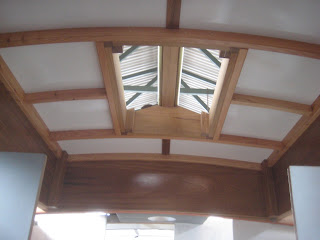 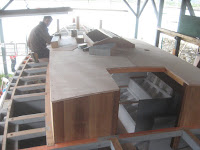 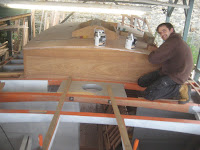 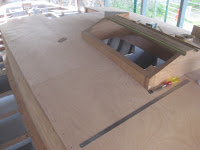 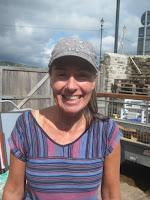 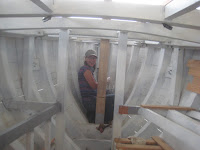 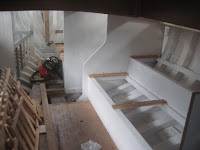 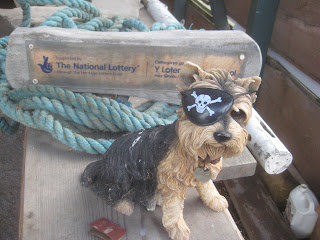 Posted by Wednesday Phil at 11:58 No comments:

THEN THERE WERE TWO.
Today only Apprentice Dave and Wednesday Phil were on site.
Shipwright Dave was away sailing and no other volunteers arrived . 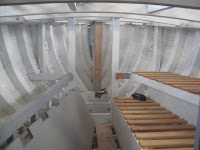 The vertical unpainted chunk of wood is the samson post which is used for tethering the boat.It needs to be very strong. 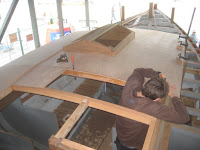 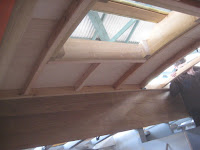 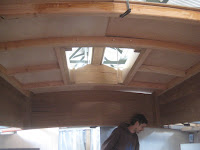 The view from inside the cabin.
It really is beautiful.
Notice the gap in the roof above Dave's head .No-one is perfect.
When he screwed it down, it fitted like a glove! We all knew it would really !!!!! 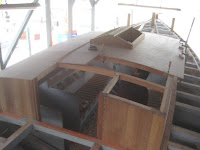 Dave has now drawn around the ply sheet and will cut out along the drawn lines for the final shape. 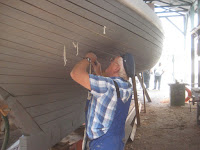 Meanwhile Wednesday Phil caulked on alone, but gave a lot of explanations as to the process involved and the reasons for it. With the sunny weather the quay was full of holiday makers and most people stopped to watch and question.. 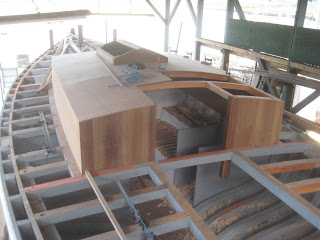 The final view this evening.