Tensions rose as launch time approached. Rehearsals had ironed out small problems and harbourmaster Matt's men began the move of Helen II from the compound using the Wally trolley towed by a forklift truck. 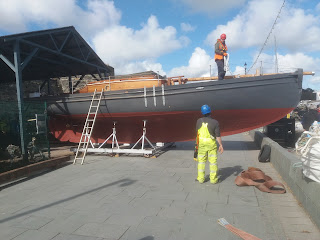 We all breathed a sigh of relief to see the Wally trolley performed so beautifully !!
The harbour staff then took over the lift. 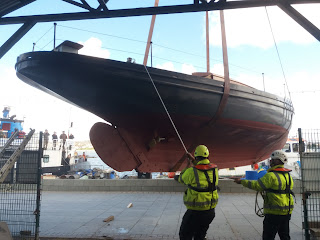 The trolley was then rolled back into the compound. 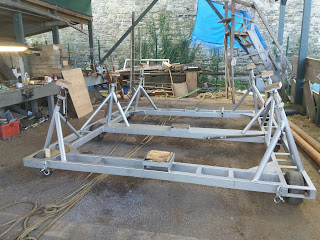 The lift then raised the boat over the top of the lamp posts and quay lights and into the Conwy river. 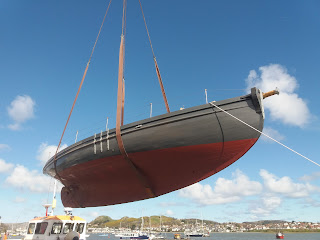 All the watchers then began clapping as she settled in the water. 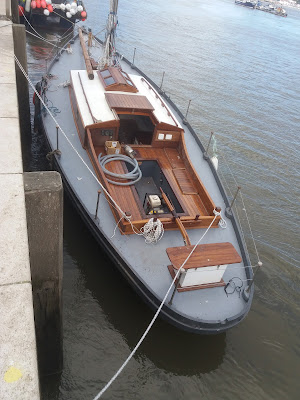 The mast was then prepared for lifting into position. 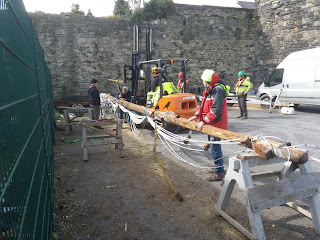 Once the mast had been  lifted into position , Helen II was secured to the quay and we all breathed a sigh of relief .
Later she was moved to the quay wall opposite the Liverpool Arms. 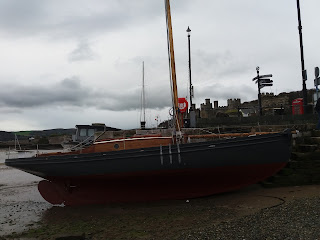 So it's a big thank you to all who were involved in the launch , A professional job by  harbourmaster Matt  and his team and Wally for  his  trolley !
Later there will be a celebration and formal ceremony which will be an opportunity for the trustees to thank all those who have contributed to the project.
For now work will continue to rig the boat and complete her fitting out.