AND NOW WE BEGIN ON THE PLANKING 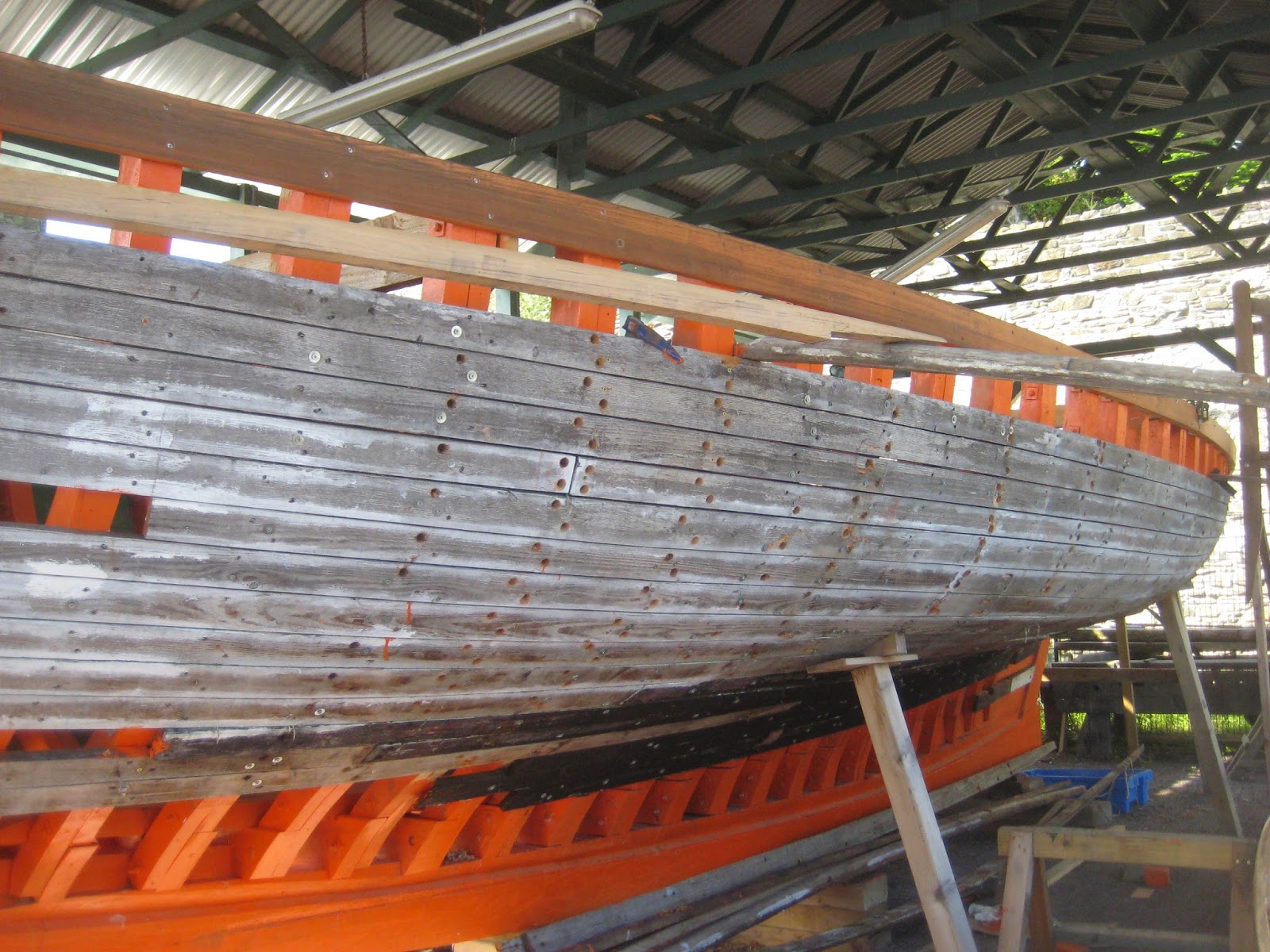 Much discussion took place regarding the exact position of the sheer plank (the topmost one ). This gives the boat its shape above the water line and its gentle lines. I soon found this to be an artistic positioning rather than a mathematical one.Everyone and his dog had a view ( The quay factor ).
The two Daves spent a great deal of time perched on litter bins ,walls and ladders, much to the consternation of visitors,discussing a half inch rise or fall in the middle of the plank from a distance of 50 meters.
A Japanese gentleman took several pictures of Dave S. on a litter bin as he thought he was an "art form ". 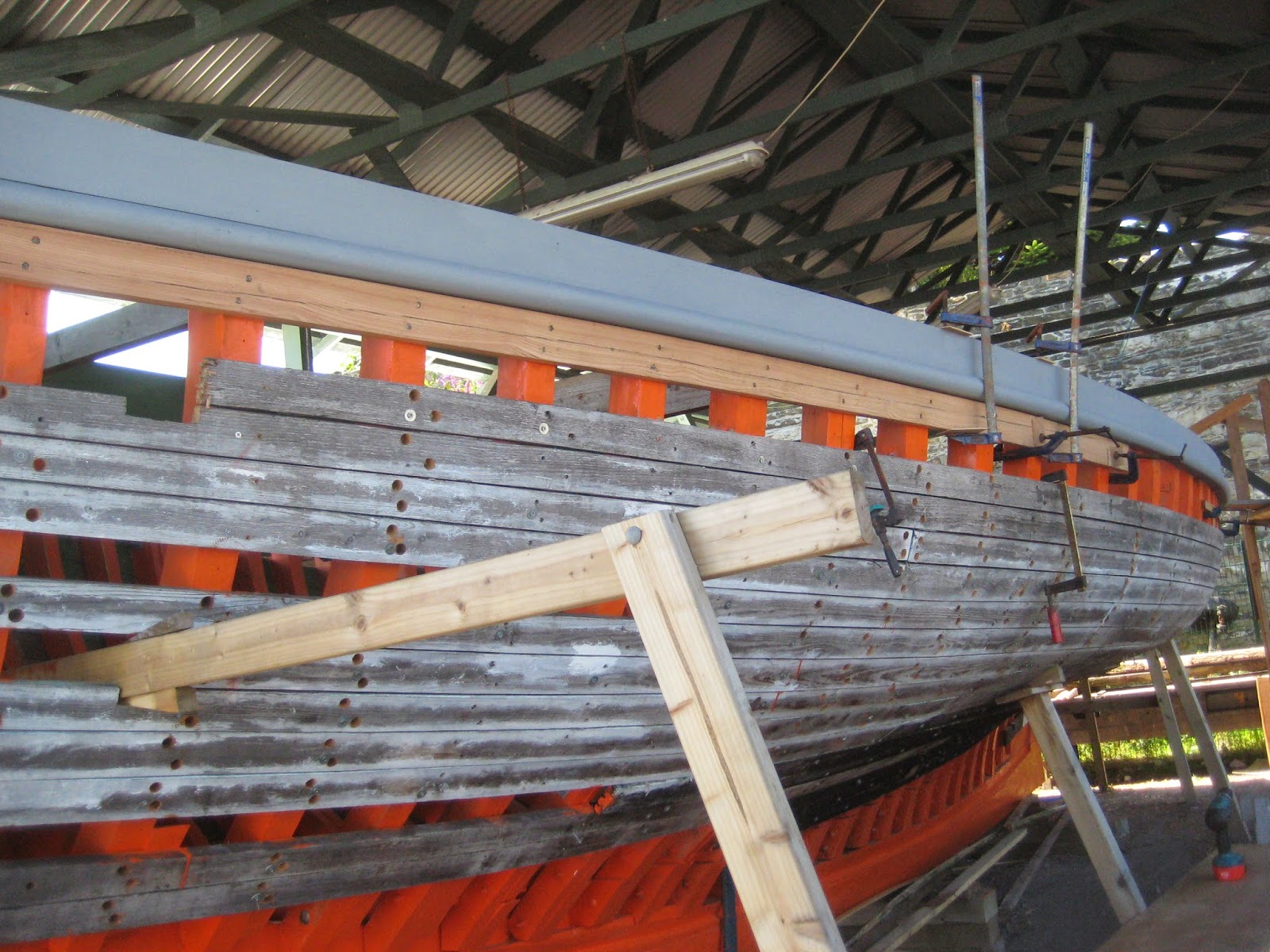 Once we had fixed the sheer plank, the next job was the rubbing strake.(also painted grey ). This was a rounded piece of oak in 20 foot sections which is the first point of contact with quay walls etc.as it sticks out the furthest on the boat's side.
To bend this into place,Dave S clamped the front end of the wood to the frames (ribs ).Then Phil put the beam across his chest and hauled it in towards  the aft (rear ) frames .Dave clamped the bent bit to the next frame and we progressed along the beam's length. At the end Dave drew in the final bend with clamps and Phil found his  knuckles now dragging along the ground.
This is the only piece of oak that we have physically bent!........so far.